Held September 12-16, 2016, in Nevada, the World Human Powered Speed Challenge draws designers from around the world.

Aerovelo has pushed the limits of its “Eta” vehicle to break the human-powered speed record, reaching 89.59 mph (144.17 km/hr). 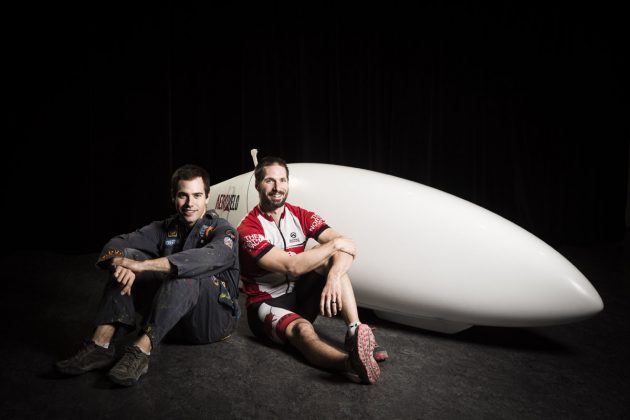 The Toronto-based company competed at the World Human Powered Speed Challenge in Battle Mountain, Nevada. Aerovelo had previously set the world record in 2015, reaching speeds of 86.65mph / 139.45kph. However, with some modifications and adjustments, the team upped their game at this year’s event.

Co-founders Todd Reichert and Cameron Robertson, both University of Toronto Engineering graduates, have been developing the world’s fastest bike for the past six years.

Analysis of the vehicle performance showed that Eta requires less than 198 watts of pedal power at 90 km/h, which translates to a 9,544 MPGe highway fuel efficiency. This is the highest per-passenger MPGe of any existing transportation technology at this speed.

“The efficiency of this vehicle seems impossibly high: it’s a powerful example of the massive change we can achieve with existing technology in the near future,” explains Robertson. “Eta’s performance is a testament to the passion and engineering the team devoted to this endeavour, and showcases what can be achieved when we seek to do more with less.” 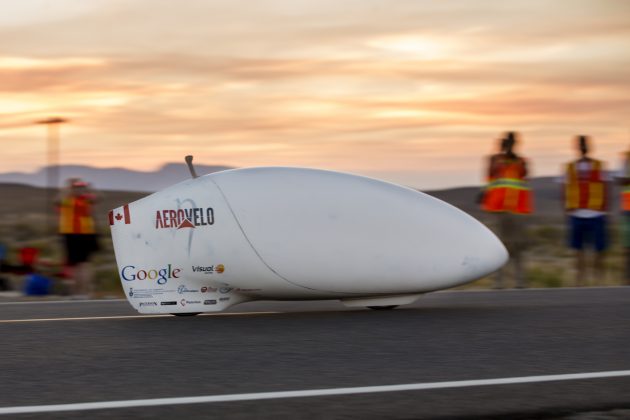 “It’s an unbelievable feeling to be riding in something that efficient,” adds Reichert. “It cuts through the air with such little resistance, and before you know it, you’re cruising at highway speeds on nothing more than your own power. When you realize that this is the same amount of power it takes to light up a few light bulbs, it’s truly mind blowing.”

The World Human Powered Speed Challenge draws designers and athletes from around the world to test their high-tech speed bikes on highway 305 – the straightest, flattest, smoothest road surface in the world. The international Human Powered Vehicle Association (IHPVA) sanctions all records.

Eta is sponsored by Google, which has allowed Reichert and Robertson to focus full-time on the bike. The project also received funding and support by other sponsors including The University of Toronto, GMC, Paterson Composites, Visual Unity and many others.