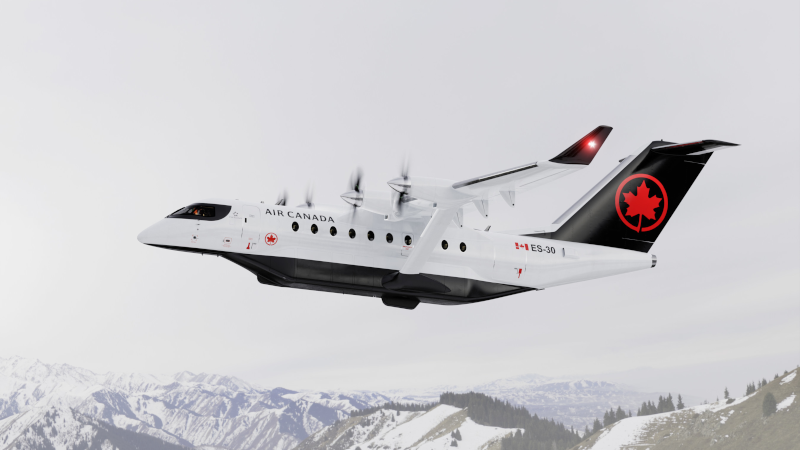 Air Canada announced it will purchase 30 of Heart Aerospace’s ES-30 electric-hybrid aircraft. Expected to enter service in 2028, the turbo-prop aircraft will serve regional and commuter routes, Air Canada says while generating zero emissions when flying on battery power. In addition to the hybrid fleet, Air Canada says it has also acquired a US$5 million equity stake in Sweden’s Heart Aerospace.

“The introduction into our fleet of the ES-30 electric regional aircraft from Heart Aerospace will be a step forward to our goal of net zero emissions by 2050,” said Air Canada President and CEO, Michael Rousseau.

Powered by lithium-ion batteries, the ES-30 has a carrying capacity of 30 passengers seated three-across. The batteries are supplemented by reserve-hybrid generators that can use sustainable aviation fuel. Fully loaded, the aircraft is projected to have an all-electric, zero-emission range of 200 km. The aircraft’s can be extended to 400 km with power supplemented by the generators, and up to 800 km if the load is restricted to 25 passengers. Charging time for the aircraft is expected to be 30-to-50 minutes.
www.heartaerospace.com
www.aircanada.com