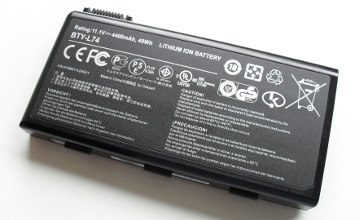 WASHINGTON — Aircraft makers are urging a ban on bulk lithium battery shipments on passenger planes, calling the threat of fires “an unacceptable risk,” according to an industry position paper obtained by The Associated Press.

The International Coordination Council of Aerospace Industry Associations, which represents aircraft companies such as Boeing and Airbus, also is calling for stronger packaging and handling regulations for batteries shipped on cargo planes.

The International Federation of Air Line Pilots Associations, an umbrella group for pilot unions, joined the aircraft makers in issuing the paper.

The paper cites recent testing by the Federal Aviation Administration that shows the batteries emit explosive gases when overheated. It’s common for tens of thousands of batteries to be packed into a single shipping container. In the tests, a buildup of gases inside the containers led to explosions and violent fires.

The tests show aircraft fire protection systems “are unable to suppress or extinguish a fire involving significant quantities of lithium batteries, resulting in reduced time available for safe flight and landing of an aircraft to a diversion airport,” aircraft makers said. “Therefore, continuing to allow the carriage of lithium batteries within today’s transport category aircraft cargo compartments is an unacceptable risk to the air transport industry.”

The International Civil Aviation Organization, a U.N. agency, decided last year to change its shipping standards to prohibit the shipment of lithium metal batteries aboard passenger planes, but not rechargeable batteries, which are shipped by air far more frequently. The aircraft industry paper obtained by the AP was drafted for presentation at an upcoming meeting of the agency’s dangerous goods panel in April.

The call for a ban is aimed only at cargo shipments, not batteries that passengers take on board planes in their personal electronic devices or carry-on bags.

George Kerchner, executive director of PRBA — the Rechargeable Battery Association — said in a statement that lithium-ion battery makers are “fully committed to the safe transport of lithium batteries.” He said the battery industry trade association will continue to work with the aviation industry and government officials.

In recent weeks, two major U.S airlines — Delta and United — have announced they will no longer accept rechargeable battery shipments. The aircraft makers’ call for a ban puts further pressure on international carriers around the globe to refuse battery shipments or appear indifferent to safety.

The shipments are less of an issue for domestic or regional carriers who generally fly smaller planes with less room for cargo. Also, the demand for air shipments of batteries tends to be for flights across oceans.

Passenger and cargo airlines generally fly the same types of planes, although they are configured differently inside. The fire protection capabilities of the planes were “developed considering the carriage of general cargo and not the unique hazards associated with the carriage of dangerous goods, including lithium batteries,” the paper said.

Temperatures in some of the government testing reached nearly 1,100 degrees. That’s close to the melting point of aluminum, about 1,200 degrees. The FAA tests show “the uncontrollability of lithium battery fires can ultimately negate the capability of current aircraft cargo fire suppression systems, and can lead to a catastrophic failure of the airframe,” the position paper said.

U.S. and international officials have been slow to adopt safety restrictions that might affect the powerful industries that depend on the batteries. About 4.8 billion lithium-ion cells were manufactured in 2013, and production is forecast to reach 8 billion a year by 2025. A battery contains two or more cells.

Lithium batteries dominate the global battery industry because they’re cheap to make, lightweight and can hold a lot more energy than other types of batteries.

Cargo airlines are continuing to transport the batteries even though they are believed to have either caused or contributed to fires that destroyed two Boeing 747 freighters in recent years, killing their pilots. The pilots of a third freighter managed to escape after landing in Philadelphia, but that plane was also destroyed.

UPS recently completed a round of tests on a shipping container that was adjusted to allow gases to escape while continuing to contain a battery fire. UPS officials said the company was encouraged by the results of the tests.

Pilot unions in the U.S. have been pressing for a single safety standard for both passenger and cargo airlines.

U.S. regulators’ hands are tied by a 2012 law that Congress enacted in response to industry lobbying. It prohibits the government from issuing regulations regarding battery shipments that are any more stringent than standards approved by the International Civil Aviation Organization, a U.N. agency, unless an international investigative agency can show the batteries ignited a fire that destroyed an aircraft. That’s difficult, since in the three cases thus far in which batteries are suspected of causing fires, the planes were too damaged to determine the source of the blaze.