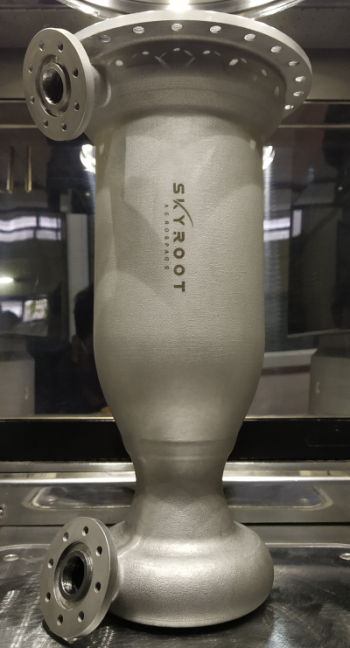 Indian aerospace startup, Skyroot Aerospace, recently unveiled its Dhawan-1 Rocket Engine, on the 100th birthday anniversary of Indian rocket scientist for which it’s named – Dr.Satish Dhawan. According to the company, the Dhawan-1 is notable in that it’s completely 3D printed, runs solely on cryogenic propellants (LNG/LoX) and was manufactured completely in India.

The Dhawan-1 will power the company’s Vikram rockets, a series of launch vehicles especially crafted for the small satellite market. Named after the father of the Indian Space Program, Dr. Vikram Sarabhai and built on common architecture, the Vikram I, II and III rockets accommodate a range of payloads (315 kg to 720 kg LEO) and offer the most affordable ride to space, the company says.