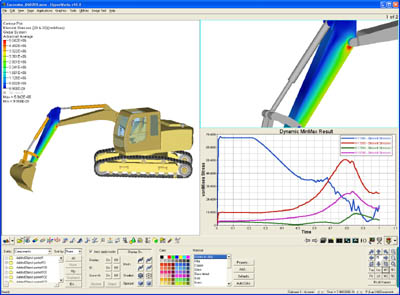 Altair Engineering has released Altair HyperWorks 10.0, said to be an even more powerful version of its integrated computer-aided engineering (CAE) software suite. Included in the suite is RADIOSS 10.0, an implicit and explicit solver technology for linear, nonlinear and crashworthiness problems, that delivers new element formulations that enable analyses to be completed up to 7x faster than before.