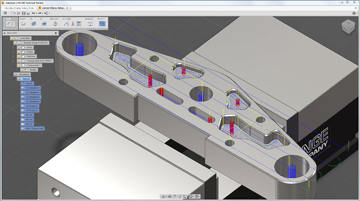 Autodesk announced last Friday that CAM 360, the latest addition to the software firm’s family of cloud-assisted design services, has morphed from its initial Beta phase to an official tech preview and is open for general testing and feedback.

In addition to the change in designation, the company says latest version of the manufacturing software now ties in with Fusion 360 and Sim 360, allowing users to model, analyze and mill parts all within the Autodesk 360 suite.

Prior to the latest Beta release, Autodesk hosted a series of 30 minute webinars to familiarize those interested with the progress made so far and what to expect in terms of the tech preview. To register as a tester, sign up through the company’s CAM website.
cam.autodesk.com