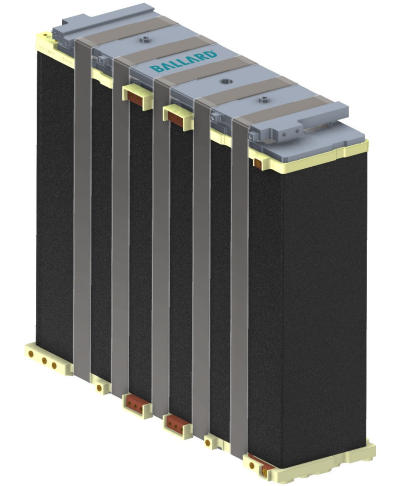 Ballard designed and developed the FCgen-HPS to the automotive standards set by the company’s Technology Solutions program with Audi AG. The Vancouver-based company holds the right to use the FCgen-HPS for a variety of applications, including bus, rail, marine, mining, construction and aerospace vehicles, along with stationary power applications. In addition, Ballard has signed a Memorandum of Understanding with AUDI to expand its right to use the fuel cell in all applications, including commercial trucks and passenger cars.

“While governments across the planet are increasingly declaring green hydrogen to play a major role in the path towards net zero carbon, there is also a growing recognition that zero-emission fuel cell systems are well suited to decarbonize a range of motive applications that have historically been difficult to abate,” said Ballard CEO, Randy MacEwen.

“This is true for buses, commercial trucks, trains, and marine vessels where there is a requirement for heavy payload, extended range and rapid refueling. These use cases typically feature return-to-base depot refueling, which reduces the challenge of scaling hydrogen refueling infrastructure. The FCgen-HPS adds an important high-power density fuel cell stack to Ballard’s current product line-up, supporting our efforts to penetrate these large addressable markets, while also improving our long-term positioning for future motive applications, including passenger cars and urban air mobility.”
www.ballard.com