by Ben Walker, The Associated Press

The Doppler radar technology of the Trackman system is currently being tested by the MLB as a possible addition to human umpires.

HOUSTON – From the box seats to the far reaches of the bleachers, all 40,000 “arm chair umpires” in the stands at Nationals Park were sure they could tell: Gerrit Cole’s fastball to Victor Robles missed the strike zone. By at least an inch, clearly.

That’s not how MLB umpire Lance Barksdale saw it. He rung up Robles on strike three, leaving the Washington rookie hopping mad, and soon the ballpark was filled with angry chants at the plate umpire.

With every pitch at the World Series hurtling toward that strike zone box superimposed on TV screens, the call gets louder and louder: Bring on the robot umps!

“That’s a hot topic,” Houston manager AJ Hinch said Monday. “This is a big stage to be talking about hot topics. I guess it’s always possible.”

Shortly before Robles struck out, Washington manager Dave Martinez was perturbed when a pitch by one of his relievers didn’t go the Nationals’ way.

Several umpires heard that hollering in Iowa. They’d met in Des Moines to attend the funeral service for one of their own, Eric Cooper, who died two weeks after working the AL playoffs.

To remember their friend, they went to a favourite spot of Coop’s on Sunday night. Game 5 of the World Series was on, and soon the shop talk turned to the subject of robot umps.

“It did come up. And yes, it’s frustrating,” said Dale Scott, who umpired in the majors for more than 30 years and worked the World Series three times.

“We’re never going to beat technology,” he said. “But do you want a video game or a game played by human beings?”

Major League Baseball is exploring the possibilities. The Arizona Fall League, made up of baseball’s top prospects, used computers to call pitches over the past month.

Video quickly circulated of Giants youngster Jacob Heyward getting called out on a pitch that nearly bounced, then being ejected by a human ump for arguing. But the overall reviews weren’t bad.

“For the most part, I don’t think it’s a terrible thing,” Arizona prospect Seth Beer said.

No doubt there will be plenty of discussion about the robots in upcoming contract talks between umpires and MLB.

Meantime, what particularly peeves umps is that TV box.

“Ours is much more accurate than what you see on TV,” Scott said. “Do you notice how the zone is the same for Aaron Judge and Jose Altuve?”

“But people take what they see on TV as gospel. Then you see a 92-mph pitch with a lot of movement miss the box by a half-inch and the fans go crazy. It’s like, my god, what was that guy looking at?”

Also, while the plate is 17 inches wide, the strike zone is three-dimensional. A curveball can clip the front and almost end up in the dirt, or hook down to catch the back part of the dish.

Consider this, too: What is a strike?

As in, suppose the ball shows up side-by-side with the outside edge of the box, but there’s no overlap. Ball or strike?

“If you’re a catcher, you want more pitches. As a hitter, you want the strike zone smaller. It’s definitely not easy,” Nationals catcher Kurt Suzuki said. “You’re not going to be perfect. Obviously, we understand that.”

“You want the strike zone to be consistent. But these guys are human,” he said. “It’s part of the baseball game. You’ve got to deal with it.”

A day before his Astros took a 3-2 lead into Game 6 on Tuesday night, Hinch saw both sides of the debate.

“I’m always interested in improving the game. I’m interested in advancing things that maybe we didn’t think 10 years ago that were relevant. And now all of a sudden that they are,” he said.

“If we can better the game, I’m all for it. And perhaps that’s an avenue that we’re going to go down some day,” he said.

If that happens, Hinch had one more thought.

“Be careful what you wish for,” he said. 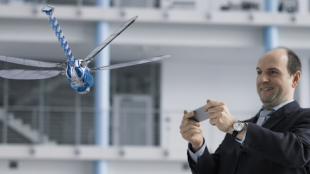