Shake up at aerospace giant will see 1,800 jobs cut. 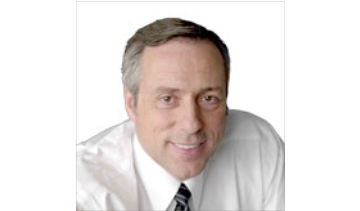 MONTREAL — Bombardier Aerospace president and CEO Guy Hachey is retiring after six years in the post amid a restructuring of its operations that will result in the layoff of 1,800 employees.

The Montreal-based company says its aerospace division will operate in three segments — business aircraft, commercial aircraft and aerostructures and engineering services — each headed by an executive. The railway segment based in Germany remains intact.

Hachey, 59, took over the aerospace division in 2008 following a 30-year career in the automotive industry with General Motors and Delphi Automotive Systems.

He’s leaving the company as its new CSeries commercial aircraft remains grounded following an engine incident at the end of May. The aircraft has undergone several delays and is now expected to be delivered in the second half of next year.

In a release issued Wednesday after markets closed, Bombardier said Hachey was retiring “as a result of this reorganization.”

Bombardier CEO Pierre Beaudoin said Hachey led aerospace during an important period and thanked him for his contributions.

Effective immediately, the heads of all segments will report to Beaudoin. They are Lutz Bertling at Transportation, Eric Martel at Business Aircraft and Mike Arcamone at Commercial Aircraft. The head of the new Aerostructures and Engineering Services business segment will be appointed in the next few weeks.

Some aerospace functions and the customer services division will be absorbed into the three aerospace units, generating unspecified cost savings.

Spokeswoman Isabelle Rondeau says the change will result in the layoff of 1,800 back office functions such as finance and human resources across the world, or 4.8 per cent of Aerospace’s workforce of 37,000.