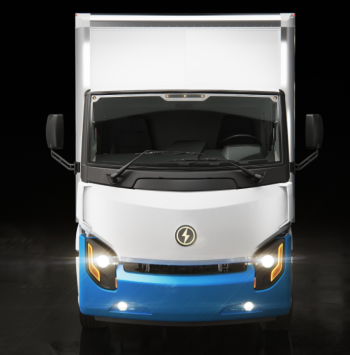 The Canadian government and Quebec have announced an equal investment totalling nearly $100 million to Lion Electric, for the establishment of a highly automated battery-pack assembly plant. The company says construction is projected to break ground over the next few months at an as-yet-to-be-confirmed location in the near future.

The Quebec-based company designs and manufactures all electric school buses and class 6 and 8 commercial trucks and currently employs more than 465 people. When the new assembly plant is completed in 2023, the company says it will have the capacity to produce 2,500 vehicles per year and add 135 jobs in the near term, plus another 150 jobs over the long term.

The company says the investment will allow for cost structure improvements, better control the design and shape of its batteries, and ultimately increase production volume. Lion Electric will also be the first Canadian manufacturer of medium and heavy-duty vehicles to have state-of-the-art, automated battery-pack manufacturing facility.

“Lion is an important player in the Quebec and Canadian transportation electrification ecosystem,” said Lion Electric President and Founder, Marc Bédard. “This plant will allow Lion to consolidate a key element of our electric vehicles supply chain. Thanks to loans from the federal and provincial governments, we will now be able to manufacture in Canada what we previously imported. Lion, Quebec, and Canada will benefit, both economically and environmentally, and so will our future generations.”

In addition to production, the company said it will also establish an R&D innovation centre within its plant to improve energy storage capacity and performance of its batteries as well as refine products for future use, including batteries for emergency vehicles.
https://thelionelectric.com