Canadian LNG industry at risk of arriving ‘too late’ 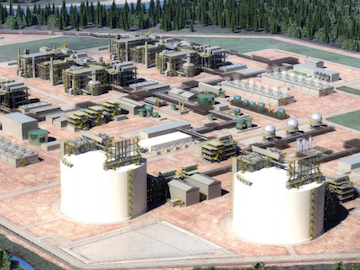 CALGARY – The former executive director of the International Energy Agency says the biggest risk to Canada’s nascent LNG industry is that it will be “too late” to join in a massive LNG expansion surge sweeping the globe.

Maria van der Hoeven, a retired Dutch politician and leader of the IEA from 2011 to 2015, says there’s time for Canada to compete in a field led by players from the Middle East, Australia, Russia and, increasingly, the United States.

She says the question is whether Canada can overcome its unique regulatory hurdles to build projects and be ready to deliver liquefied natural gas as demand ramps up in Asian countries such as China, Korea and Japan.

Van der Hoeven says she’s impressed by the $40-billion LNG Canada project in Kitimat, the first major Canadian LNG export terminal under construction, because it shows the market exists for that production.

But she adds it’s important that Canada have more than one LNG export terminal on the West Coast – where it has a geographical advantage over the U.S. because it is closer to Asia – and that it also export LNG from the East Coast so that it has access to the European market.

Van der Hoeven says environmentalists who have attacked the use of natural gas to replace coal because it’s also a fossil fuel are being unrealistic if they think the world can wean itself off all fossil fuels in a decade or less.

“There are now people that think they can have this energy transition in 10 years, well, be my guest. It’s impossible,” she said, noting the transition will take time.

“It’s not only about energy transition, it’s also about an economic transition and it’s about a societal transition. You know, the biggest issue … is there will be new winners and new losers. That means if people feel they are being left behind, they will be protesting because they are not going to accept this.”
www.lngcanada.ca