The organizers of the Design Engineering Expo (DEX) 2014 (October 28 at the Mississauga Convention Centre) announced the addition of two keynote speakers and a full line-up of DEX Talks presenters this year to the annual table-top trade show, plus the return of the popular Innovation Pavilion. 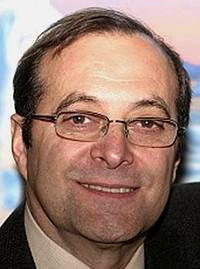 To open the show, Paul Acchione, P.Eng. – former President and Chair of Ontario Society of Professional Engineers (OSPE) and recent Fellow of the Canadian Academy Of Engineering inductee – will give the keynote address. Mr. Acchione, a senior management consultant with more than 40 years of engineering experience in the nuclear and fossil power generation industries, will address a pressing question: Is there a looming shortage of engineers in Canada? Based on the latest OSPE labor market data, the answer encompasses regional, experience level and industry factors as well as projections of graduation rates and immigration of foreign trained engineers.

In addition to Mr. Acchione’s presentation, DEX will feature a lunch-time keynote by Gillian Sheldon, Business Development Manager with the Ontario Centres of Excellence. Ms. Sheldon will speak about the opportunities for small-to-medium-sized companies to partner with the world-class engineering research facilities and personnel at Ontario’s leading universities.

DEX Talks
Through out the day, the one-day trade show will feature a number of technology briefings by some of the show’s exhibitors. The short 15-minute presentations will include:

John McDougall of Advanced Motion & Control Ltd. will speak about collaborative robots and the applications, capabilities, limitations and safety issues of these robots that work side by side with humans without being caged in.

Ed Small from Autodesk Canada will explore how digital prototyping can bring together design data from all phases of the development process into a single digital model to ensure products meet design requirements.

Hyphen Services’ Mark Barfoot will detail the differences, benefits and disadvantages of the additive manufacturing/3D printing technologies available and provide examples of where each technology fits into the overall design process.

Greg Stark of Telus will explain how the Internet of Things (IoT) and today’s wireless networks are connecting devices to automate processes, improve customer service, speed up decision making and bring new products to market quickly.

Innovation Pavilion
Stepping out of the pages of Design Engineering magazine, DEX 2014 will showcase an all-new line-up of cutting edge projects by Canadian innovators including:

AeroVelo’s Todd Reichert and Cameron Robertson, who won the elusive Sikorsky Prize with its human-powered helicopter, will show of their latest project, the Eta speed bike, which reached a top speed of 126 km/hr and took third place at the 2014 World Human-Powered Speed Challenge.

The University of Toronto Supermileage team, who took second place at the Shell Eco-Marathon Americas 2014 competition, will show off its aerodynamically efficient vehicle that traveled 1153km on 1 litre of gasoline.

A team of Ontario high school students, Team Discobots Canada, will demonstrate their robot that won the world title at the 2014 VEX World Championship. Key design features of the student-built robot included two pneumatic piston shooters and a drive transmission to winch for quick hang.

DEX Mississauga 2014, scheduled for October 28 at the Mississauga Convention Centre, will open at 9:00 am for the keynote followed by the show floor at 10:00 am
www.dexexpo.com