CONCORD, MA, April 2009 - Extending a hand to waves of displaced designers and engineers, Dassault Syst√É¬®mes SolidWorks Corp. (DS SolidWorks) has activated a program to give these potential employees a chance to learn valuable new career skills in 3D computer-aided design. 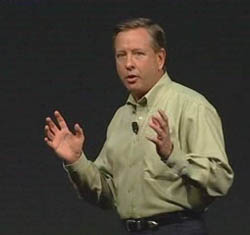 Called the SolidWorks Engineering Stimulus Package and first announced at SolidWorks World 2009 in February, the program gives free SolidWorks 3D CAD software licenses, training videos and tutorials, networking, certification, and potential job leads to any job seeker living in the United States or Canada. It will help them retool their skills at a time when unemployment is at 8.5 percent (a 25-year high), 3.3 million jobs have been lost in the last five months, and manufacturing employment fell by 161,000 in March.

Reid Bader operated his own heating and mechanical systems construction business until December of 2008, when lack of work forced him to lay off his employees and close his business. He will download the SolidWorks Engineering Stimulus Package this morning. “While researching online job postings, it has become apparent that 3D CAD modeling and simulation skills are in demand,” he said. “It also has become apparent that SolidWorks is the platform that has critical momentum. When I found out that SolidWorks had an Engineering Stimulus Package for engineers who have been challenged by the hard economic times, I was very excited. I plan on enrolling in the program and becoming a certified expert on the SolidWorks platform.”

Any US or Canadian resident is eligible for the SolidWorks Engineering Stimulus Package, which includes:
a.. Software: a 90-day license of the SolidWorks Student Design Kit software for non-commercial use, with tutorials and documentation, plus the SolidWorks eDrawings√Ç¬Æ email-enabled file sharing tool;
b.. Training: Hands-on test drives and other training from participating SolidWorks value-added resellers (VARs) throughout the United States and Canada;
c.. Networking: Access to the SolidWorks Customer Portal for support, networking, and discussion; and
d.. Certification: Free testing to become a Certified SolidWorks Associate (CSWA), a credential that documents
SolidWorks competence and distinguishes job candidates for selective employers.

DS SolidWorks will also expand this program to other geographical regions in coming months.
SolidWorks is ideal software for a retraining program because of its position as the most widely used 3D CAD software in the world, the company says. SolidWorks is the single most requested 3D CAD technology experience on employment sites such as Monster.com and Aerotek. Individuals will be able to achieve basic proficiency within 90 days and have a fair opportunity to pass a CSWA test. DS SolidWorks offered a similar retraining program in from 2002 to 2007, which attracted more than 16,000 users. To support the new offering, more than half of SolidWorks’ North American VARs have agreed to offer hands-on test drives, and many of them will offer advanced training options as well.

DS SolidWorks CEO Jeff Ray (above), who unveiled the plan for the program at SolidWorks World earlier this year, hopes thousands more in Bader’s position take advantage of the program. “Actively developing high-demand skills can help transform your outlook, instill hope, and qualify you for well-paying careers,” Ray said. “Designers and engineers have placed their trust in DS SolidWorks for the last decade, and this is one way we’re doing our part and giving back.”

To participate in or learn more about the SolidWorks Engineering Stimulus Package, visit:
www.solidworks.com/ESP.