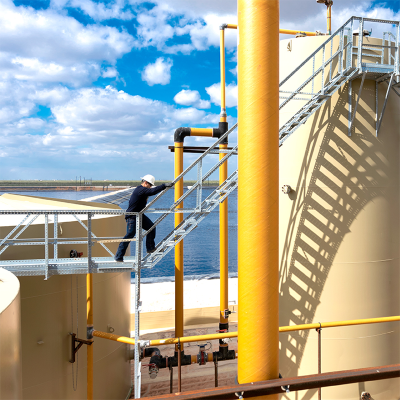 Ovintiv, with which the oil and gas producer plans to rechristen itself once it moves its headquarters to the United States next year, offers no hint of what the company does or where it’s from.

Branding experts say that’s likely to be the point.

“It’s kind of a blank slate, which appears to be what they wanted to go for,” said Darren Dahl, a marketing professor at the University of British Columbia.

Alan Middleton, a York University marketing professor, laughed at the mention of the new moniker.

“Firstly, I think it’s a horrible name. Secondly, it doesn’t matter,” he said. “The only pure tests for a brand’s actual name is ‘Can you trademark it and is it rude?’ Beyond that, it’s up to the organization to deliver its meaning.”

Encana was created in 2002 through the merger of Alberta Energy Company Ltd., founded in the 1970s by the provincial government, and PanCanadian Energy Corp., the roots of which can be traced back to the construction of the Canadian Pacific railroad.

CEO Doug Suttles, who speaks in a Texas drawl and lives in Denver, has said the change in headquarters is meant to help the company tap deeper pools of U.S. investor capital.

A skeletal web page for Ovintiv says the rebranding is a nod to “continuous innovation.” Its red, orange and grey logo of dashes in a molecule-like configuration “symbolizes the human connection made possible by the energy we produce.”

Encana’s founder, Gwyn Morgan, wrote in a recent Postmedia column that the southward move and name change are signs Canada’s energy industry has gone from being viewed as “positive to pariah” because of “toxic” Liberal energy policies.

“The Americanization of the company is distressing enough, but the loss of the Encana name is particularly heart-wrenching,” Morgan wrote. “Apparently, the company’s board concluded even keeping a name that implies Canadian roots repels investors.”

Middleton said the Canadian brand’s problem is not that it’s viewed poorly — it’s that no one thinks much about it at all.

He said Canada’s energy sector is viewed as a “credible, but not a superior brand.”

“I don’t see many extraction industries branding themselves in the Canadian way, which is kind of sad. It’s a big part of our heritage.”

University of Calgary instructor Marc Boivin said he suspects the change to Ovintiv is less about rebuking Canada than it is about embracing innovation and forward-thinking.

“Encana by its nature is a business-to-business company, so it’s not like we’re going to be wearing Ovintiv T-shirts. There are probably not going to be Ovintiv gas stations,” he said.

“They might really be focused on the story about innovation and how they want to push something different and something new in that way.”

He said the Canadian brand is still viewed positively, but “we’ve been a heavily based commodity economy for quite a long time and we’re slowly changing and evolving and moving from that.”

“I do think that it was a solid brand and it had resonance within the industry,” she said of Encana.

As for Ovintiv: “It’s going to take a while for people to get comfortable with it.”
www.encana.com