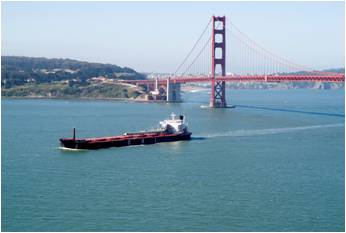 Commercial ship owners have completely eliminated oil from their propeller shaft bearing system by using seawater as the lubrication medium and non-metallic Thordon COMPAC bearings in place of oil and white metal bearings. Use of Thordon COMPAC seawater lubricated bearings eliminates the aft seal, as well as the storage, sampling and disposal of oil. The potential impact of oil leaking from the ships main propulsion system is zero.

Today, more and more commercial ship owners are seeing the proven performance and eliminating any oil pollution impact on the world’s seas and oceans. More than 1000 commercial ship owners are currently operating using seawater lubricated bearings from Thordon Bearings. This is the second recent Environmental Initiative Award picked up by Thordon. It was a winner at the Seatrade Insider Cruise Awards 2009 in the Environmental Initiative category in September 2009.