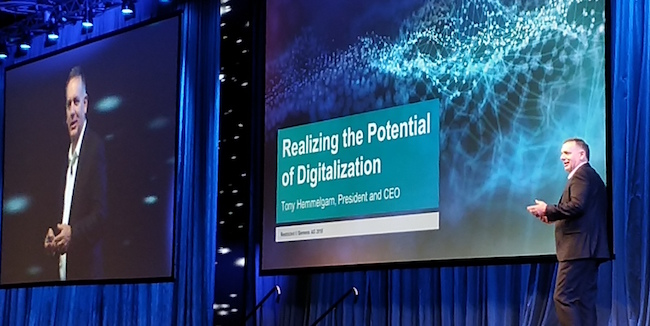 Many MCAD software programs were incubated in the 1970s and 1980s by the colossi of manufacturing, but were later spun off when those players no longer wanted to be in the software business.

CoCreate, for example, was created by HP but is now known as Creo by PTC. Catia was developed by Dassault Aviation, and now is the flagship MCAD program for Dassault Systemes. Unigraphics was enhanced by aircraft manufacturer McDonnell Douglas, and now is known as NX at Siemens PLM Software.

Today, no significant CAD software is owned by a manufacturer, although some manufacturers run in-house CAD systems strictly for internal use. There is one exception.

Manufacturing giant Siemens AG of Germany owns NX, Solid Edge and a host of supporting CAM, CAE, ECAD, and PLM programs – plus the crucial kernel and constraints programs Parasolid and D-Cubed. As one Siemens PLM employee muttered during the recent PLM Connections user group event, the company now has “so much software that we don’t necessarily know what all we have.”

When a manufacturing company has its own line of design and analysis software, it gets to eat its own cooking. A decade after Siemens AG purchased UGS, NX is now pervasive and symbiotic. Siemens AG tells Siemens PLM Systems what it needs to design its lines of medical devices, electricity-producing windmills and high-speed bullet-style locomotives. In response, the PLM division comes up with software that also works well for external customers.

When you have all this software at your disposal, what might be the primary function you would want? “Integration,” says Siemens PLM Software CEO Tony Hemmelgarn (Figure 1). It all needs to work together. In fact, all of the software that works with NX runs in NX, emphasizes Bob Haubrock, whose official title is Senior Vice President, Product Engineering Software but he prefers to introduce himself as “the guy in charge of NX.”

Siemens AG says it has 15.3 million users. When measuring the size of the Siemens PLM Software division in revenues, it’s running at US$3.5 billion a year, a very close second to CAD vendor leader, Dassault Systemes. Siemens AG itself pulled in approximately $100 billion in revenues, last year. The PLM division got a nice bump in revenues following last year’s acquisition of Mentor, a $1.2-billion/year company that specializes in electrical CAD.

What’s New in NX 12
During last June’s PLM Connection Americas conference in stinking-hot Phoenix (it was 42C the entire time), we in the CAD media were given a mind-numbing, 45-minute overview of how all of the PLM division’s software works together, from CAD design to operating the manufacturing floor.

The real star of the PLM Connections show, given it’s high profile at the event, was the release of NX 12. CEO Hemmelgarn claimed that, for the last six years, NX has outgrown its competitors by 4% a year.

“We are now in a replacement market, so we grow by taking business away from competitors,” he said. But unlike a mature market like SAP, where there is little left to innovate, he said that CAD is a mature market that still innovates due to the strong competition. Just when you think CAD is settled, he said, something new comes along, like composite modeling.

Composite modeling tackles a tricky problem that, just a handful of years ago, few thought could be solved – or even needed solving: How to edit 3D meshes as if they were solids. Meshes are commonly the result of scanning real objects, whether a knee bone or an industrial plant, to create 3D wireframes. In NX 11, meshes could coexist with solids, but this year’s NX 12 performs about a half-dozen editing commands on meshes.

Typically, solid-only modeling operations – like selecting areas, removing features, filling in areas and adding fillets, are now possible with meshes. Composite modeling came from Siemens AG’s need to reverse engineer existing construction sites and then edit and add on to them. It also came about because arch-competitor Dassault Systemes’s Spatial division had already been working on its Polyhedra version of composite modeling. 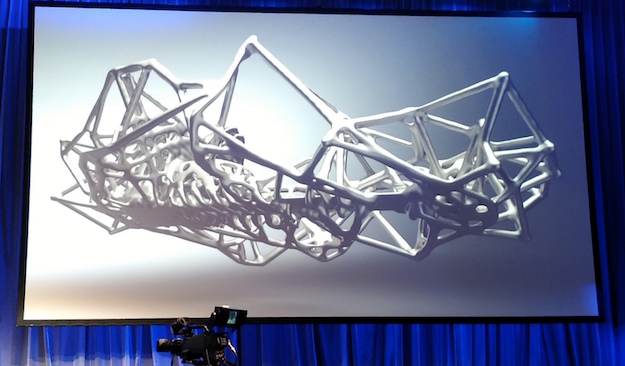 Figure 2: The frame of a car reduced in weight through generative modeling or “topology optimization” as Siemens PLM calls it.

Sexier than composite modeling is generative modeling, where software repeatedly analyzes a part to minimize its volume while maintaining its strength. Sexy because the result often looks creepily organic like a bone (Figure 2). NX 12 calls its “topology optimization” and it can work with meshes, surfaces and solids at the same time. Generative modeling came from Siemens AG’s need to minimize the weight of aircraft and vehicle components. Also because everyone else in the MCAD industry is doing it.

To prove that generative modeling is sexy, Siemens showcased the new and ridiculously expensive (starting at US$3 million) Chiron sports car from Volkswagen subsidiary Bugatti. The car, which travels at up to 420kph, needs to keep its tires on the road and not lift off like an aircraft, as cars tend to do at high speeds. The spoiler keeps things battened down, and Bugatti used generative design in NX to lighten the weight of the spoiler’s lifter mechanism, then 3D-printed it in titanium.

The fact that Bugatti and many other manufacturers are increasingly turning to additive manufacturing isn’t lost on Siemens PLM. Historically, CAD software commands have mirrored subtrative manufacturing operations (e.g. lathe, chamfer, hollow, etc) to minimize the amount of material removed. The more material retained to achieve a particular design, the faster and less expensive a part can be made.

Additive manufacturing is the opposite situation—the more material removed from the design, the faster and cheaper the part is to make. Therefore, filling part regions with latices, rather than solid material, means speedier (and cheaper) production. Also, additive manufacturing can make hollow objects, which subtractive processes (e.g. milling and lathing) can’t. 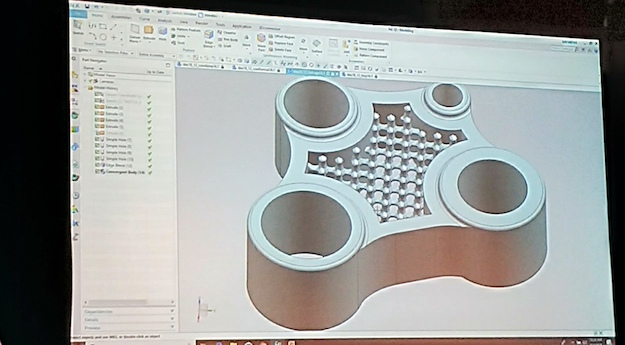 Figure 3: In NX 12, a selected body can be filled with 3D lattice thereby minimizing weight and reducing additive manufacturing print time and cost.

To reflect this, NX 12 allows lattices to be applied inside selected volumes of solid bodies and on top of faces (Figure 3). A lattice type and its parameters are chosen so that it is patterned (3D arrayed) throughout the selected portion of the part body. When working with a face, you can specify the number of layers—one is the default—however, this function requires a separate license.

Beyond 3D printing, NX 12’s new Combine command takes several sheet metal bodies and turns them into a single one, with a defined volume; any bits of sheet metal outside the volume are trimmed automatically. With six sheet metals pieces, a watertight volume is found from which a solid is created.

Variable offset of faces is also enhanced in NX 12. Users can now offset one or more regions of a single part, instead of the entire part, with bridges that transition between the different offset heights. A pad can be defined inside a region to offset separately, such as for creating bulges.

There many other new features, such as variable blends now being associative so that you can move them around the edges of parts, but the new function the Siemens folks were proudest was continuous updates. As of January, users who are on subscriptions and maintenance contracts will get updates as they are released, as frequently as daily, if needed.

Siemens implemented this after discovering that, on average, users were on releases five years old, and that at very large customers deploying updates could cost one or two million dollars. Their biggest customer, Daimler, typically needs four months to install an update, doing it every 2-3 years.

What’s New in Solid Edge 2019
Step-sibling Solid Edge also showed up the PLM Connections show, as the stand-alone Solid Edge University was canceled last year, replaced by city-specific events. For the second time in its history, Solid Edge has changed its name, this time by dropping the ST suffix, which had been appended a decade ago to emphasize Synchronous Technology. This year’s release is simply named Solid Edge 2019. 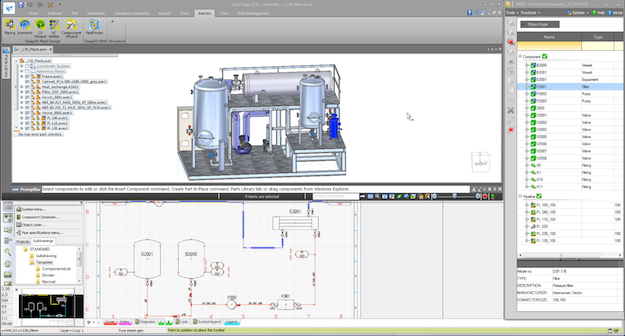 I won’t detail all the new functions here, except to point out that Solid Edge’s third-party developer network was always a fraction of Solidworks’ and AutoCAD’s. It’s not too surprising, then, to see Solid Edge launch a few of its own (Figure 4). The first two are based on ECAD technology from Mentor:

The company will continue to support its third-party program, vice president of Solid Edge development Dan Staples told me, giving customers the choice between its own add-ons and those programmed by other.

Siemens PLM Software takes directions from its users’ wishlists and from its corporate parent’s needs. This makes it pro-integration, pro-backwards compatibility, and not particularly interested in the cloud — except for reasonable areas like collaboration. (NX reads files all the way back to the very first release of Unigraphics from 1984).

Siemens PLM, and competitors like Dassault Systemes, offer an overwhelming menu of software to solve just about any design, analysis and manufacturing problem we might face—or not yet realizing we are facing. Overwhelming choice isn’t, however, something humans are particularly good at dealing with. But for those of us who stick with “just CAD”, the good news is that competition is forcing vendors to keep adding new functions, as we saw with NX12 and Solid Edge 2019. Some are esoteric, others are very useful indeed.
https://www.plm.automation.siemens.com