Canadian electric carmaker envisions its Solo EV as the VW Beetle of the 21st century. 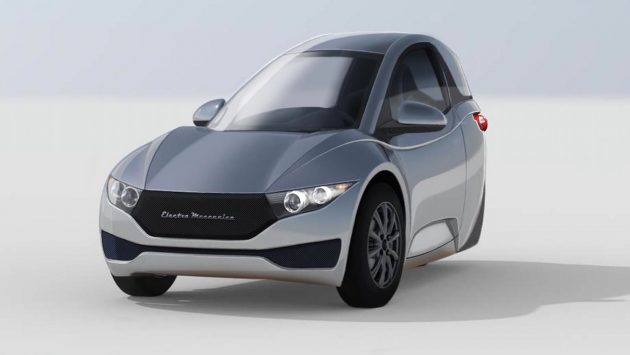 While electric vehicles targeted at the high-end of the market, like the recently unveiled Tesla Model 3, dominate mainstream media coverage, one Canadian automotive company is approaching the EV space from the opposite direction. Vancouver-based Electra Meccanica envisions that its Solo car – a three-wheeled, single-seat pure electric vehicle – will become the People’s EV, a Tesla for the rest of us.

To achieve this lofty goal, the Solo has been designed from the ground up to drive cost out of the engineering equation, while maintaining the performance and safety factor one would expect from a commuter vehicle. With a projected retail price of just under CAD$20,000 (not including government tax incentives), the compact EV still sports respectable performance stats.

At a minimum, the company says the Solo’s single AC synchronous electric motor delivers up to 82 hp and 140 ft-lbs of instant torque. In normal operation, that translates to 0-100 kph in eight seconds and a top speed of 120 kph. Similarly practical, the EV’s 8.64 kWh lithium ion battery requires six hours to fully charge and provides a driving range of 160km (100mi).

At first glance, it would be easy to compare the Solo with the Corbin Sparrow, a similar three-wheeled EV whose notoriety rose and fell in the 1990s. In fact, Electra Meccanica did purchase the rights and assets of the Sparrow (then known as the Myers Motors NmG) in 2004. However, Kroll says the Solo is a clean-sheet design that is not only approximately 400 lbs lighter than the Sparrow, but features modern components in every sub-system, from the chassis and battery system to the regenerative braking and contemporary body styling.

Instead, he says the Solo bears a closer kinship to the Mosler MT900 supercar, a high performance electric race car created by noted automotive designer and Electra Meccanica’s engineering team leader, Rod Trenne. While the two cars have vastly different performance, body styling and intended purpose, they do share Trenne’s innovative use of lightweight carbon fiber composite for the chassis and body shell.

“The chassis of our car, if it were made out of steel, would weigh 300 pounds; out of aluminium, it would weight 200 pounds,” Kroll explains. “But, with the composite we’re using and the way that it’s configured, it weighs 38.5 pounds. That not only makes the overall car much lighter, but allows its center of gravity to be extremely low, down where the batteries are.”

In addition to a low center of gravity, that extreme weight savings has implications that ripple throughout the rest of the car’s design. Weighing a scant 960 pounds total allows the Solo to achieve its performance and efficiency targets with a smaller, less expensive electric motor and a smaller battery. Being extremely light also eliminates the need for complex and costly power steering and power brake systems. In addition, Kroll says choosing composite over aluminium or steel removes the high expense associated with traditional body stamping. 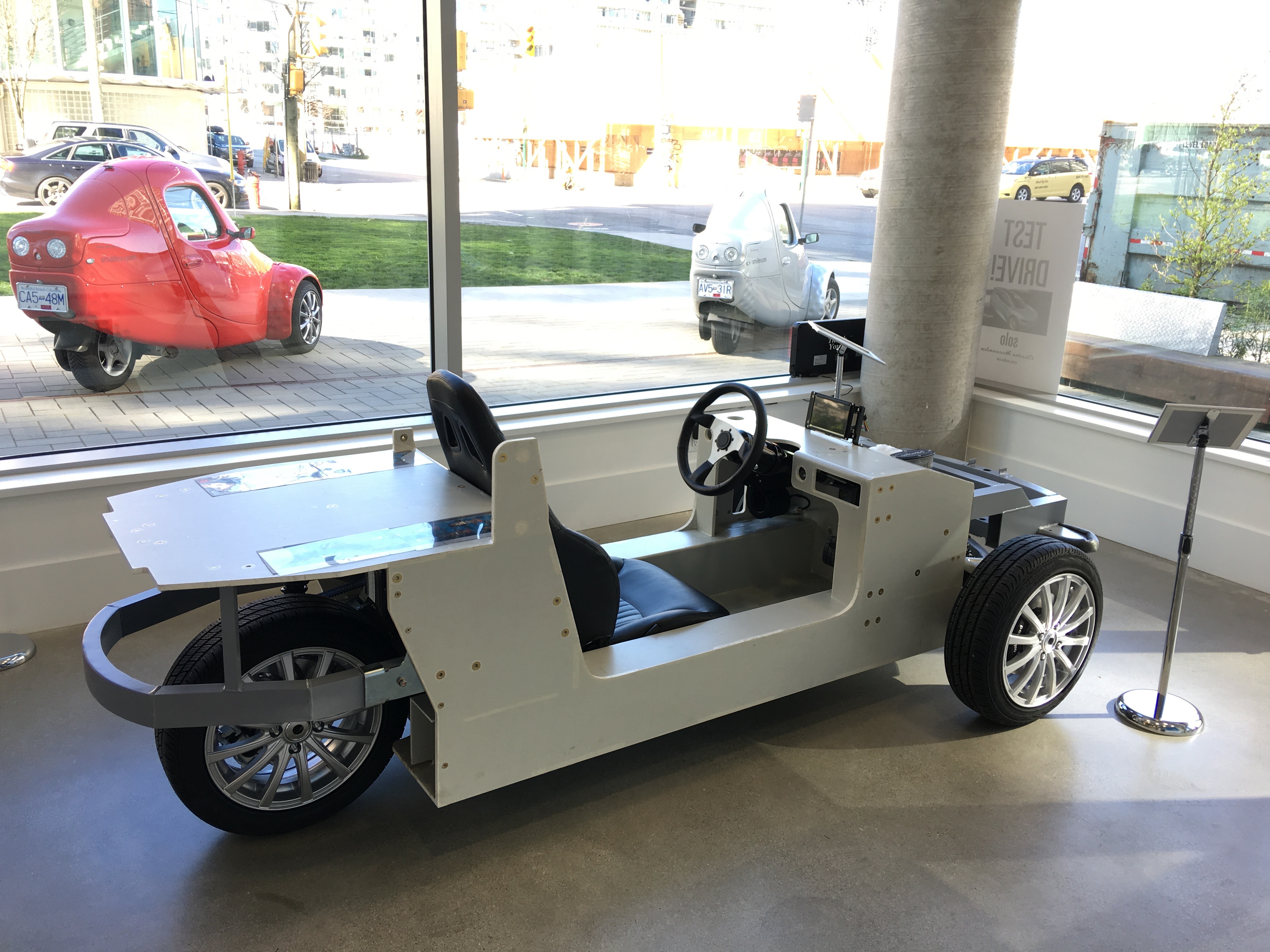 “In the end, the choice to go with composite wasn’t owing to any one thing because there are so many different reasons to go with it,” he says. “It’s lightweight, easy to manufacture, doesn’t rust, it’s super strong and very rigid. The big kicker here is that the cost of these aerospace-grade composites have come down in price so much, I don’t know why there aren’t more vehicles made from them on the road.”

As to the Solo’s wheel configuration, Kroll says dropping the fourth wheel saves on weight and production cost, but also positions Electra Meccanica’s EV in a recent three wheeler trend that includes vehicles like the Polaris Slingshot, the Elio by Elio Motors, the Morgan 3 Wheeler and Quebec’s own Campagna T-Rex.

To complicate matters, enclosed three-wheelers fall into a grey area when it comes to Transport Canada and the U.S. Department of Transportation. Although these vehicles classify as motorcycles, many states allow road use with a regular car driver’s license. Other jurisdictions, however, require occupants to wear a helmet even though, like the Solo, they feature seat belts and rear and side impact airbags. In most of Canada (including Ontario as of March 1, 2016, ) drivers can register a three-wheeler like any other car provided, like the Solo, it meets federal safety standards.

The Solo will officially debut on July 20th in Vancouver after which Kroll says the company will begin delivery of Electra Meccanica’s Alpha series. At approximately 10 units per month, assembly of this initial run will be performed by Electra Meccanica partner, Vancouver-based Intermeccanica, a custom coach builder that has been making reproductions of the Porsche 356 and other classic sports cars since 1959.

While a slow start, Kroll says the company will ramp up production quickly in 2017 to fulfil pre-orders from private and commercial customers. At that point, he says assembly will move to a planned 250,000-sq.-ft. facility in British Columbia followed by similar facilities in Ontario, the U.S., France and Germany.

4 Comments » for The People’s EV