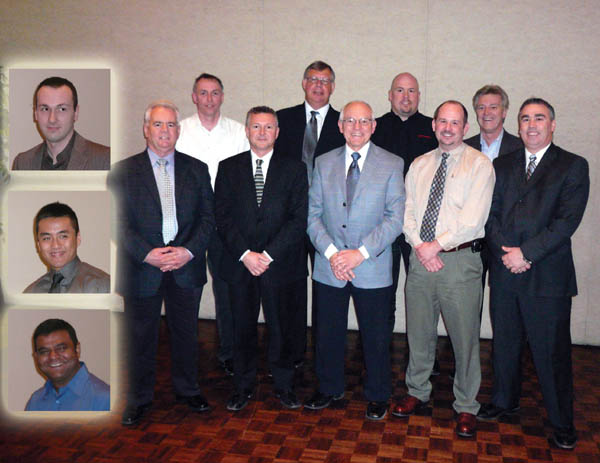 Ilesh Patel (inset bottom), a student at Centennial College of Applied Arts & Technology, won the DPN-sponsored CFPA Scholarship for academic achievement in the study of fluid power within the college’s Automation & Robotics program.

CFPA chairman John Bachmann of Wainbee provided an update on the progress of the Industrial Careers Pathway (ICP) program at Mohawk College in Ontario (ICP curriculum is also at BCIT). ICP (www.industrialcareerspathway.org), a co-partnership with the CFPA and over 20 other industry associations, “provides business literacy training” to technology-oriented employees of industrial distribution companies, said Bachmann. One course has been completed and another is underway at Mohawk, he added.

Don Trenn, chairman of the CFPA Western Chapter and Gir Del Hydraulic Services, pointed to the successful implementation of a new Fluid Power Certificate program at the Northern Alberta Institute of Technology in Edmonton (www.nait.ca/fpc). The six-module program was developed in cooperation with NAIT and the fluid power industry.

He also partly blamed the media for some of the doom and gloom: “thankfully we didn’t have CNN during the Great Depression.”