Industrial software company’s product lauded for prepping, delivering industrial data to and from IT systems. 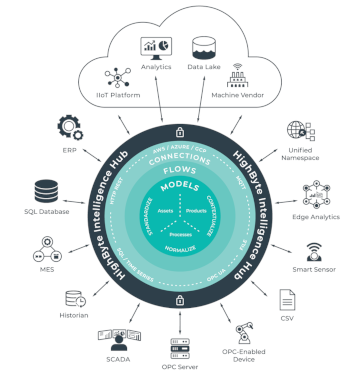 According to the award judges, HighByte’s Intelligence Hub software excels at helping manufacturers merge, prepare and deliver modeled industrial data to and from IT systems without writing or maintaining code. In addition, the award noted that, by providing modeled, ready-to-use data to the Cloud, the Intelligence Hub helps users speed system integration time, accelerate analytics, and govern data standards across the enterprise.

“Industrial data contains critical insights, but more users and systems need access to this data in real-time in order to convert it to useful information that they can act on,” said James Johnson, Managing Director, Data Breakthrough. “Unfortunately, raw operations data lacks context so IT and data science teams are spending most of their time integrating and preparing data for analysis rather than actually analyzing it. HighByte provides a ‘breakthrough’ platform that transforms the way manufacturers access and analyze industrial data, creating a modern, sustainable data architecture for their customers. Congratulations to the entire HighByte team on being our choice for ‘DataOps Company of the Year.'”
www.highbyte.com


Related Stories
HighByte raises $3.5M in seed round
Robot sales in North America have strongest year ever in 2021