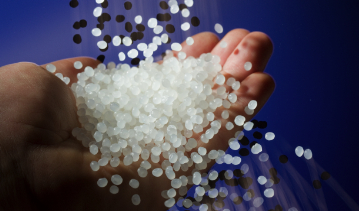 Is there better validation than the kudos you get from those who originally bankrolled your great idea? Toby Reid doesn’t think so. In 2006 the Canadian Youth Business Foundation (CYBF) thought so highly of the Vancouver entrepreneur’s idea for a 100 percent natural, non-toxic, high performance biodegradable plastic they gave him $15,000 to see where the idea would take him.

Five years later, CYBF presented Reid’s company, Solegear Bioplastics, with its Best Green Business Award for 2010 – the 5th award for Solegear since August 2010 – in a field hungry for practical applications and recognition.

“We’re really excited by what we do here because we see an opportunity for North Americans and people around the world to evolve in how we use and dispose products made from plastic,” says Reid. “We’re in a really important time in our history.”

Reid’s entrepreneurial success began where most great ventures begin: with a problem. Reid had been working five years as web merchandise manager for Mountain Equipment Co-op when he noticed the amount of plastic the company’s products consumed – from bottles and buckles to durable dishware, sunglasses and ski poles.

“I saw into their supply chain, how plastics were being made and the huge amount of energy and chemicals required,” he says. “I also saw the huge price that we were paying to use these materials.”

That price – the enormous damage plastics can do to the environment – fired up Reid’s instinct for fixing problems. Working with chemical engineers at UBC, he formed Solegear Bioplastics to develop something other bioplastics companies hadn’t – a corn-based bioplastic that is fully biodegradable and compostable.

The result: Polysole, a bioplastic created using a suite of natural additives from plant extracts and other natural materials. Mixed with corn starch, Solegear’s product meets the international ASTNB 6400 standard for industrial compostability, breaking down completely in 12 months and disappearing from residential backyard composters in 18-24 months. For both industrial and residential users, the implications were self-evident, says Reid.

“There’s a lot of stuff that goes into plastics that ends up in our bodies that we don’t really know about,” he says. “Some are carcinogenic, some mimic estrogen. They’re really disruptive to our health. So that biodegradability is a real driver.”

The best was yet to come, though, says Reid. “What we were seeing in the market is that people were taking bioplastics and adding in synthetic chemicals to increase the performance.” Where those companies “zigged”, says Reid, Solegear “zagged”, building its bioplastic out of ingredients that were not only wholly biodegradable, but which retained the high performance characteristics that products like potato chip and shopping bags demand.

“What those ingredients are doing at a microscopic level is binding into the plastic molecules at various places and what they do from an application perspective is make the bioplastic stronger; they make it more impact resistant, more bendable.”

Product in hand, Solegear looked to the next phase: finding manufacturers to produce the material in sufficient quantities to meet the needs of potential customers. The customers weren’t long in coming, with initial orders from Fisher Price, Petstages and Avery Dennison. Meantime, a company in Oregon, Entek Extruders, agreed to manufacture the product. The company boasts a million square feet of plant space and 300 extrusion machines.

“The scale they’re able to achieve is up into the hundreds of millions of pounds of plastic,” says Reid, “They’ll be a phenomenal partner for us to work with because they can do those big volumes.”

With nine customers now lined up and a host of potential applications from electronics to kids toys, steering wheels and car door panels to re-useable drinking cups, Reid says there’s no limit to what his company can achieve. Even Mountain Equipment Co-op, where it all started, could be a potential customer.

“Yeah, absolutely,” Reid says. “For instance, there’s the buckle application. We’ve been developing that along with a company out of Chicago and that’s something that they’ve expressed some interest incorporating into their products, too.”
www.solegear.ca