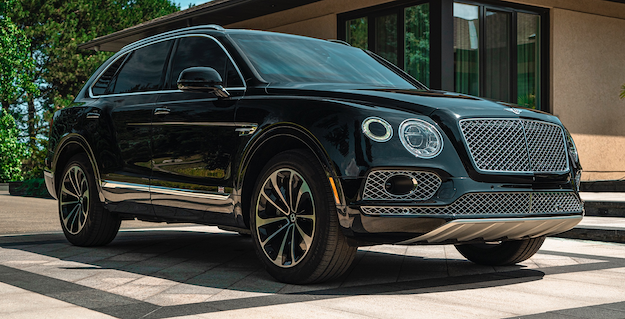 Automotive security firm INKAS has rolled out possibly the most bad ass high-end SUV ever: The world’s first armored Bentley Bentayga. Established in 2000, the Toronto-based company is internationally known for its work retrofiting production cars to turn them into full-featured armored vehicles for banks, law enforcement agencies, corporate clients and individuals.

One of the company’s highest-end vehicles to date, INKAS says its modified Bentley combines the style and comforts of a luxury SUV with the battleground preparendness of a tank. For example, the luxury SUV now meets CEN 1063 BR6 ballistic standards – with added ballistic protection for fuel, battery and electronic control unit compartments – meaning it can withstand fire from assault rifles (e.g. AK47s, AR10s) as well as simultaneous detonation of two DM51 grenades placed beneath the vehicle’s floor.

Despite its burliness, Khazanski says the vehicle doesn’t drive like an over-weight rhino. It retains the automaker’s standard four-level air-suspension as well as a 48-volt active anti-roll bar. To move all that armor, the SUV also features a 6.0-liter twin-turbo W12 engine that outputs 600 horsepower and 664 lb. ft. of torque with an eight-speed automatic transmission.

“The Bentley Bentayga, when equipped with its W12 powertrain, is one of the fastest luxury SUVs in the market today,” said David Khazanski, CEO of INKAS Armored Vehicle Manufacturing. “Our priority was to leverage the vehicle’s value by adding high-quality ballistic characteristics without sacrificing its technical performance.”

Additional equipment includes emergency lights, a siren and PA system. And for those who want to go the full James Bond, the vehicle can be optionally equipped with tail pipe protection, a smoke screen system, an engine bay fire suppression system and electrified door handles.
https://inkasarmored.com