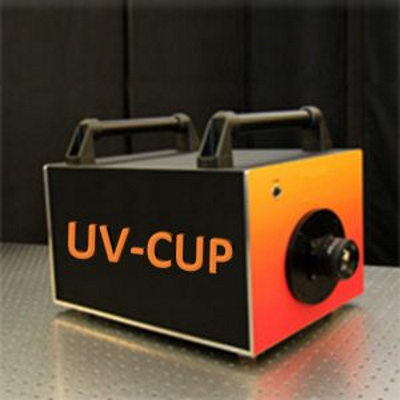 A team of researchers at the Institut national de la recherche scientifique (INRS) in Quebec City announced the development of the world’s fastest UV camera. Called UV-CUP (Compressed ultrafast photography), the camera can capture up to .5 trillion frames per second, allowing it to record the motion of ultraviolet photons in real time.

According to team leader, INRS professor Jinyang Liang, UV-CUP captures images at light speed through a blend of unique hardware and software. Working with Québec’s Axis Photonique Inc., a manufacturer of ultrafast imaging equipment, the team designed the system to use a patterned photocathode that simultaneously detects and encodes “black light”.

“Like a standard camera, our technology is passive,” explains Liang. “It does not produce light; it receives it. Therefore, our photocathode had to be sensitive to the photons emitted as UV light. This design makes our technique a stand-alone system that can be easily integrated into various experimental platforms.” 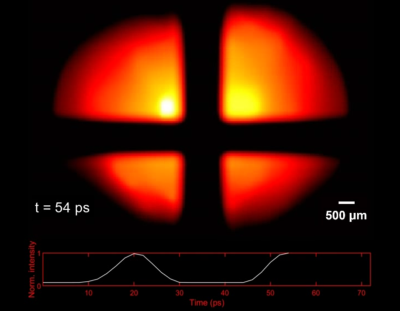 Once an image is captured it has to be reconstructed as a video, Liang says. For this, the team collaborated with Boston University to developed a new algorithm, that improves on standard algorithms by dividing the process into smaller individual problems rather than one lump sum.
Advertisement

Now that it’s complete, the INRS team says the UV-CUP camera will be sent to the SOLEIL Synchrotron research laboratory in France where it may be used to capture laser-plasma generation, a phenomena used to deduce material properties, and in medical imaging to identify disease biomarkers.
https://inrs.ca/
www.axis-photon.com