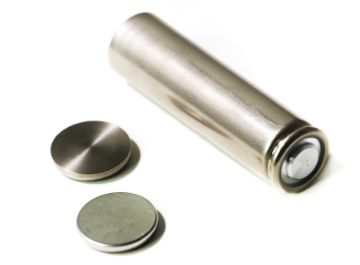 Materials engineering firm, Power Japan Plus, announced that the Tokyo-based company has created a rechargeable battery technology, the Ryden dual carbon battery, with the same energy density as lithium ion battery, but that lasts considerably longer.

Specifically, the company says its unique chemistry maintains its full power output after more than 3,000 charge/discharge cycles without damage to the battery. In addition, Power Japan Plus claims the Ryden battery can charge 20 times faster than lithium ion, is 100 percent recyclable and isn’t susceptible to thermal runaway (i.e. catching fire/exploding).

If the firm’s claims pan out, the battery would solve many of the challenges facing electric vehicle adoption. With 3,000 duty cycles or more, a Ryden battery could last for the life of an EV, effectively bringing the total cost of ownership more in line with traditional cars. It’s purported recharge time could also make “filling up” nearly as quick an experience as pumping gas, given a high-speed super charging station.

While reluctant to provide much detail, the company says the battery’s performance depends on an anode and cathode made from the company’s patented Carbon Complex. Developed in conjunction with researchers at Kyushu University, the material is made from organic cotton that has, “unique properties not seen in other carbon fiber ever developed,” the company says. In place of lithium oxide, the battery uses an organic electrolyte thereby eliminating any rare elements or heavy metals.

Power Japan Plus says it will begin manufacturing up to 5,000 Ryden cells a month later this year at its production facility in Okinawa to supply specialty energy storage markets such as medical devices and satellites. For larger demand industries, such as electric vehicles, the company intends to license the technology to existing battery manufacturers.
www.powerjapanplus.com