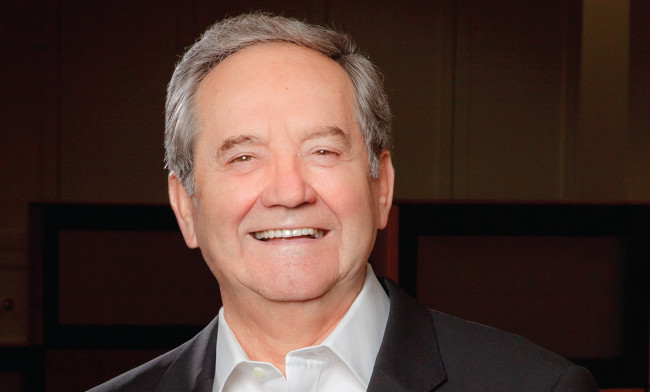 Frank Hasenfratz, a Hungarian immigrant who founded Linamar Corp. and built it into a booming auto parts maker, has died at 86. The Guelph, Ont. company said that Hasenfratz, who had cancer, died Saturday surrounded by his family.

“It was his vision and unrelenting drive that enabled us to build the company that Linamar is today,” said daughter and Linamar chief executive Linda Hasenfratz, in a statement released over the weekend to announce his death.

“He leaves a tremendous legacy on the Canadian business landscape, changed the lives of so many, and provided careers, livelihoods and opportunities for thousands of people.”

Hasenfratz was born in Hungary in 1935 and immigrated to Canada in 1957.

In a speech Mississauga-Lakeshore MPP Rudy Cuzzetto made in the Ontario legislature last month, he said Hasenfratz came to Canada because he was in an army unit in Hungary that destroyed two Soviet Union tanks and knew if he stayed in the country, he would likely be tortured or executed.

When he arrived in Ontario, he worked in a machine shop making fuel pumps for Ford Motor Co., where he discovered about a quarter of the pumps were defective, Cuzzetto said.

Frustrated with the situation, Hasenfratz quit Ford and won a contract to supply the fuel pumps himself, the politician added.

He produced those pumps through Linamar, which he started in the basement of his family home as a one-man operation in 1966. Hasenfrantz named the company after his wife Margaret and daughters Linda and Nancy.

Hasenfratz took Linamar public on the Toronto Stock Exchange in 1986 and spent the next few decades growing the company before acquiring Skyjack, a company making elevating work platforms, in 2001.

Two years later, Linamar bought McLaren Performance Technologies to bolster its engineering capabilities and in 2007 and 2013, Ford’s All Wheel Drive division and the camshaft department of German auto supplier Mubea joined the company.

The acquisitions continued at a steady pace and when the COVID-19 pandemic hit, the company even retooled its manufacturing facilities, so it could make parts for much-needed ventilators.

“Frank’s impact and legacy, not only within the automotive supply base, but for the overall country, is sure to live on for decades to come,” said Tracy Fuerst, a vice-president of corporate communications and public relations at Linamar rival Magna International Inc.

“On behalf of Magna, we send our sincere condolences to the entire Linamar family.”

The legacy Hasenfratz leaves behind includes being named Canadian Entrepreneur of the Year, a member of the Canadian Manufacturing Hall of Fame and the Canadian Business Hall of Fame, and appointed to the Order of Canada.

“He was a stellar example of how much new Canadians bring to us,” said Perrin Beatty, the president and chief executive of the Canadian Chamber of Commerce, in a tweet.

“Frank Hasenfratz, who arrived penniless, built one of our most successful businesses.”

Linamar said he was also a generous donor to the Guelph General Hospital, Western University, St. Joseph’s Foundation and many local performance and art organizations.

But the company said it is in the halls and on the production floor at Linamar properties where he will be most fondly remembered because he mentored “a generation of manufacturing and business leaders.”

Linamar said it has a succession and renewal plan in place to fill Hasenfratz’s executive board chairman position and will announce his successor to shareholders and the public in the coming weeks.