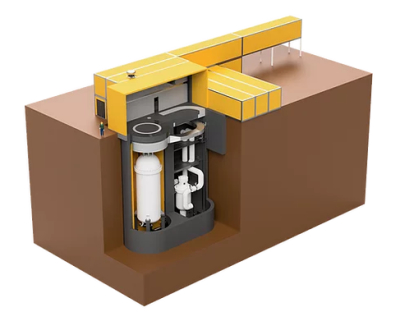 TORONTO – Canadians will have to wait a little while longer to see the federal government’s plan for the development of small nuclear reactors, seen by proponents as critical to the country’s fight against global warming.

Speaking at the opening of a two-day virtual international conference on Wednesday, the parliamentary secretary to the minister of natural resources said the plan will lay out key actions regarding the reactors. Its launch, Paul Lefebvre said, would come in the next few weeks.

“We’re still putting the finishing touches on it,” Lefebvre said. “The action plan is too important to be rushed.”

Small modular reactors – SMRs – are smaller in size and energy output than traditional nuclear power units, and more flexible in their deployment. While conventional reactors produce around 800 megawatts of power, SMRs can deliver up to 300 megawatts.

Proponents consider them ideal as both part of the regular electricity grid as well as for use in remote locations, including industrial sites and isolated northern communities. They could also play a role in the production of hydrogen and local heating.

“SMRs will allow us to take a bold step of meeting our goal of net-zero (emissions) by 2050 while creating good, middle class jobs and strengthening our competitive advantage,” said Lefebvre.

Natural Resources Minister Seamus O’Regan had been scheduled to speak at the conference but did not due to a family emergency.

Industry critics were quick to pounce on the government’s expected SMR announcement. They called on Ottawa to halt its plans to fund the experimental technology.

While nuclear power generation produces no greenhouse gas emissions, a major problem facing the industry is its growing mound of radioactive waste. This week, the government embarked on a round of consultations about what do with the dangerous material.

Dozens of groups, including the NDP, Bloc Quebecois, Green Party and some Indigenous organizations, oppose the plan for developing small modular reactors. They want the government to fight climate change by investing more in renewable energy and energy efficiency.

“We have options that are cheaper and safer and will be available quicker,” Richard Cannings, the NDP natural resources critic, said in a statement.

Lefebvre, however, said the global market for SMRs is expected to be worth between $150 billion and $300 billion a year by 2040. As one of the world’s largest producers of uranium, Canada has to be part of the wave both for economic and environmental reasons, he said.

Joe McBrearty, head of Canadian Nuclear Laboratories, told the conference the company had signed a host agreement this week with Ottawa-based Global First Power for a demonstration SMR at its Chalk River campus in eastern Ontario. A demonstration reactor will allow for the assessment of the technology’s overall viability, he said.

“When talking about deploying a new technology like an SMR, building a demonstration unit is vital to the success of that process,” McBrearty said. “Most importantly, it allows the public to see the reactor, to kick the tires so to speak, and to have confidence in the safety of its operation.”
www.globalfirstpower.com