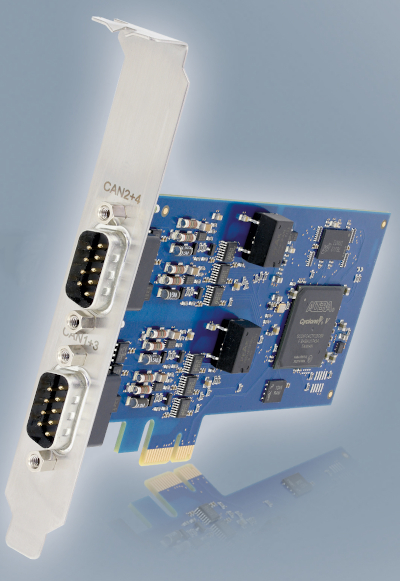 HMS Networks introduced its multi-channel Ixxat CAN-IB 640/PCIe interface, with four channels for CAN-FD/CAN and LIN connectivity respectively; several CAN-IB640/PCIe cards can be operated in parallel. The PC-interface features an onboard microcontroller system that can read, timestamp and filter large amounts of data in real-time. The network connection is done via two D-Sub 9 connectors, which are galvanically isolated to protect the interface card and the connected PC system.

All Ixxat CAN interfaces come with Windows and Linux drivers, including SocketCAN that allow switching between different types of Ixxat PC-interfaces (e.g. USB, PCIe, PCIe Mini, and Ethernet). In addition to the proprietary driver packages, standardized APIs such as the J2534-Passthru or D-PDU API, are available as options,.
www.ixxat.com