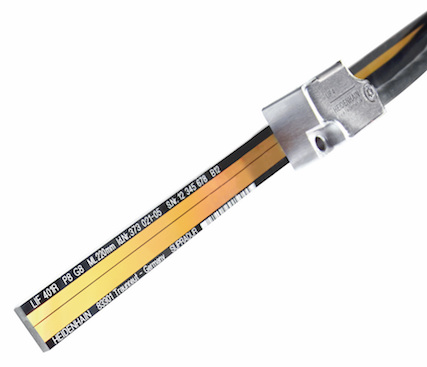 HEIDENHAIN announced that its LIF 400 family of encoders has been redesigned with several improvements. For example, the LIF 400 series now features a position noise value of 0.6 nanometers at 1MHz and an interpolation error down to +/- 12 nanometers. In addition, the line now incorporates the company’s Signal Processor (HSP1.0) custom ASIC, which adjusts the amplitude and phase of the signals so that the control sees constant signals even with contaminants on the glass scale. The encoder family also includes a status LED on the connector, which is 27mm shorter than the previous version. Like the previous version, scanning units can be ordered with the 1-volt peak-to-peak interface with 4-micron signal period, or TTL versions with resolutions down to 10 nanometers.