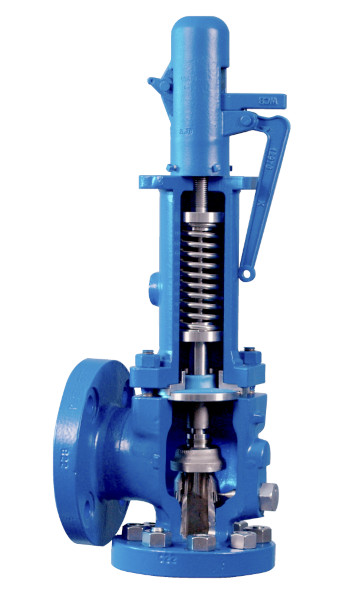 Emerson has released its Crosby J-Series pressure relief valve (PRV) product line, which features a balanced diaphragm that eliminates the need for bellows in PRVs, while providing balanced operation against backpressure. It also features bellows leak detection to allow for remote detection of bellows ruptures. According to the company, the valve’s design extends its backpressure limits from 60% to 80% and increases the Kb backpressure correction factor by up to 15%. The valve’s bellows leak detection feature consists of a backup piston and a Rosemount wireless or wired pressure transmitter. The company says the backup piston can reduce emissions by over 90% in the event of a bellows rupture. The pressure transmitter provides instant timestamped notification of bellows failure and emissions volume data in real time.
www.emerson.com