Omron NX-Series supports both CIP Safety and Safety over EtherCAT. 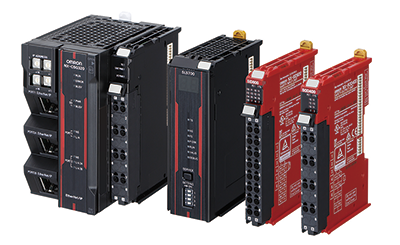 Omron Automation Americas has developed its NX-Series safety controller, which featuring both CIP Safety and Safety over EtherCAT (FSoE), a protocol favored for its high-speed response. CIP Safety enables communication between nodes such as PLCs, I/O blocks, light curtains and interlock switches while allowing safety and standard control devices to reside on a single network. In addition to the hardware, enhancements have been made to the programming and configuration software. Sysmac Studio now offers functions such as automatic programming, safety data logging, online functional test and third-party CIP Safety device connectivity that includes industrial robots.
www.omron247.com