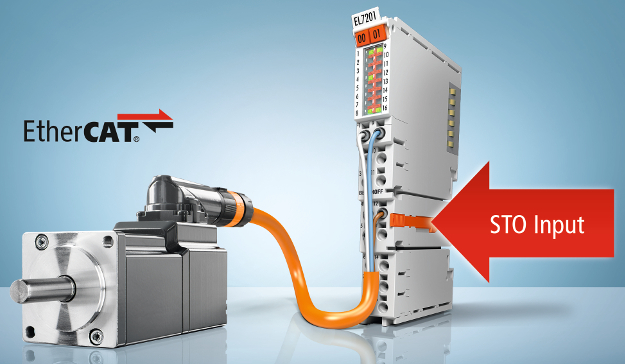 Beckhoff released its EL72x1-9014 EtherCAT servo terminals, which implement STO (Safe Torque Off) functionality and integrate features correspond to safety level Cat 3/PL d, according to EN ISO 13849-1:2015. In addition, the terminals feature 2-channel shut-off with corresponding contactors in a single motor cable that connects the TwinSAFE safety output terminal and the STO input of the servo terminal. The EL7201-9014 variant comes in a 12mm terminal housing and supplies an output current of up to 2.8 ARMS, while the 24mm EL7211-9014 version can supply a maximum of 4.5 ARMS. Both are designed to power servomotors from the Beckhoff AM8100 series.
www.beckhoffautomation.com