Novotechnik introduces the Contelec brand of Vert-X 8800 Series of non-contact angle sensors. Diameter of the stainless steel housing base is 88 mm. 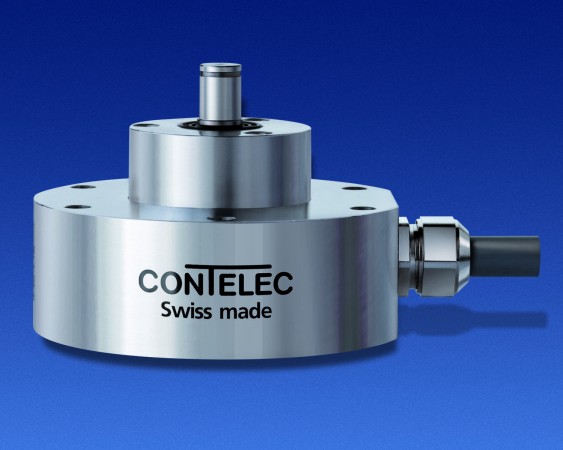 Other key Vert-X 8800 Series specifications include 14-bit resolution and some versions are programmable. Characteristics that can be programmed are index point(s), sense of rotation and angle settable response switches. The sensors are sealed to IP 69K, life is ≥ 360 million movements and MTTF is over 145 years.

These sensors are designed to operate in harsh environments and have high immunity to emissions—meeting or exceeding five EN 61000 and two EN 55000 standards.
www.novotechnik.com/vx88.