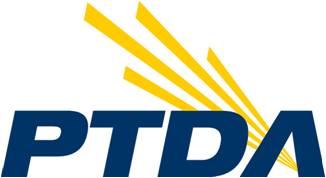 Despite a year of unprecedented economic challenges in 2009, members of the Power Transmission Distributors Association (PTDA) are finding cause for optimism as 2010 begins. According to a survey conducted by Cleveland Research on behalf of PTDA in October 2009, 41 percent of PTDA members are forecasting year-over-year sales growth in 2010, 58 percent predict flat sales, and only 1 percent anticipate a decline in sales compared to 2009.

The Cleveland Research survey was distributed to PTDA member companies and had 75 respondents. Of members who responded to the survey, 60 percent represent manufacturing companies and 40 percent represent distribution firms. Survey participants comprise between $8 – $9 billion of annual aggregate revenue, with average annual revenue of $120 million and median revenue of $13 million. The Cleveland Research survey shows that 2009 was a tougher year than many PTDA members anticipated. When members responded to the Member Forecast Survey in the fourth quarter of 2008, 43 percent of all firms projected their companies’ sales would increase in 2009, 28 percent of companies expected a sales decrease and 29 percent projected flat sales. By the third quarter in 2009, PTDA members had significantly revised their expectations for the year. Only 4 percent forecasted sales growth, 86 percent expected sales declines and 10 percent cited flat sales. On average, 2009 sales were expected to decline by 19 percent from 2008.According to Cliff Bannon, national sales manager for Climax Metal Products Company, the timing of the Member Forecast Survey likely explains the difference.“We really thought we were going to have a decent 2009 up until November [2008]. When the bottom fell out, it just fell out. As it did with everybody.”Nonetheless, Bannon is among the members who anticipate a rebound in 2010.“I’m very optimistic. We have a lot of irons in the pot; we’ve gotten business from last year that’s just ramping up now for 2010. I think our distributor partners have bottomed out from an inventory perspective and now they’re purchasing inventory. Hopefully, they hit bottom on inventory,” said Bannon.Inventory overhang persists despite reductionsThe Cleveland Research Survey confirms the concern of many PTDA members – inventories may still be too high. Forty-two percent of survey respondents rated their level of inventory as “too high,” with only 6 percent rating their level as “too low.” A net 47 percent of distributors report inventories are too high, and only a net 17 percent of distributors have reduced inventories below prior year levels. This is in contrast to a net 30 percent of manufacturers reporting inventories are too high, and nearly 50 percent reporting lower inventories versus 2008.2010 forecast up 5 percentOn average, the Cleveland Research Survey shows that PTDA members anticipate a 5 percent increase in sales over 2009. Rob Aveson, president of Adam-Hill Co. (a PTDA founding distribution company), echoes Bannon’s optimism. “We’re anticipating we might be done with the downturn. Things might level and start to turn up in the next two quarters,” said Aveson. “We’re seeing things turning around. The fourth quarter ended up being much stronger than we expected. We’re seeing things that indicate the year will look good.”Cleveland Research Survey indicates bright spots on horizonAccording to the Cleveland Research analysis, industrial production is recovering. Cleveland Research predicts MRO demand will rebound first. In addition, many early cycle machinery markets that peaked years ago are likely to show strong growth in 2010, including automotive, heavy truck, construction equipment and housing. www.ptda.orgFor more DPN News, click here