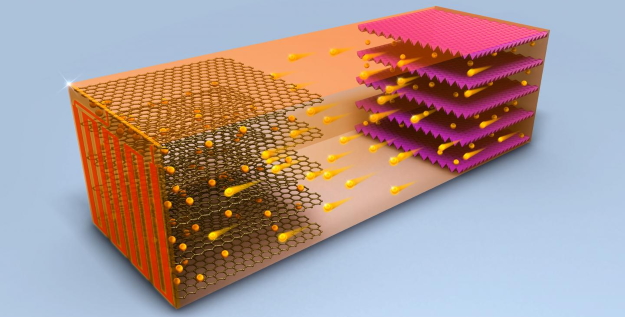 A team of engineers at Penn State University say they’ve perfected a method by which electric vehicles could be charged in as little as 10 minutes. What’s more, the process wouldn’t degrade the lifespan of the rechargeable battery or impact safety, the researchers say.

“We demonstrated that we can charge an electrical vehicle in ten minutes for a 200 to 300 mile range,” said Chao-Yang Wang, William E. Diefenderfer Chair of mechanical engineering, professor of chemical engineering and professor of materials science and engineering, and director of the Electrochemical Engine Center at Penn State. “And we can do this maintaining 2,500 charging cycles, or the equivalent of half a million miles of travel.”

When rapidly charged at ambient temperatures, lithium-ion batteries form lithium deposits on the anode that severely reduce cell storage capacity and can cause an internal short or other unsafe battery conditions. Heating the battery first, however, prevents the plating effect but it also degrades battery longevity through solid-electrolyte-interphase growth. To overcome these problems, the research team heated their battery to 60C during the 10-minute charge cycle but then rapidly cooled it to ambient temperatures, preventing the formation of lithium deposits while also limiting the damage caused by prolonged heat exposure.

According to the team’s study, reported in the Oct 30 issue of Joule, their “asymmetric temperature modulation method” allowed a commercially available, 209 Wh/kg Li-ion cell to retain 91.7% of its capacity (an 8.3% capacity loss), even after 2,500 of the research team’s 10-minute, extreme fast charging cycles. The researchers note that this performance exceeds the US Department of Energy’s extreme fast charging target of 20% capacity losses after only 500 cycles.

The system uses a thin nickel foil attached to the negative terminal to a lithium-ion battery and the other extending outside the cell to create a third terminal. A temperature sensor attached to a switch causes electrons to flow through and heat the nickel foil through resistance heating. In practice, Wang says rapid cooling of the battery would be accomplished using a cooling system designed into the car.

“The 10-minute trend is for the future and is essential for adoption of electric vehicles because it solves the range anxiety problem,” said Wang.
www.psu.edu