Andy Byford recalls similar delays that plagued streetcar orders during his five years at the helm of Toronto's TTC. 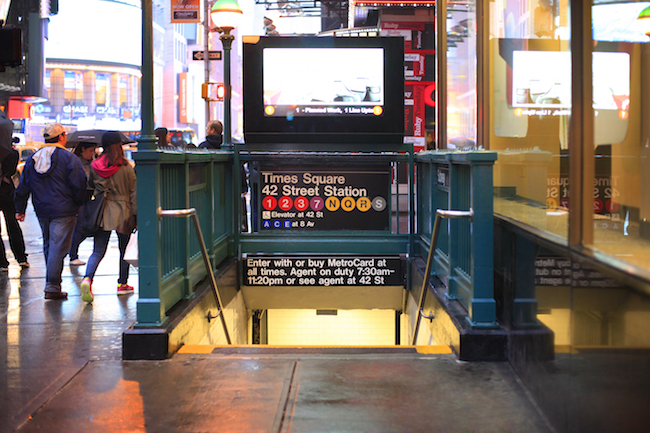 NEW YORK – The head of the New York City Transit Authority and former chief executive at the Toronto Transit Commission says he is having “deja vu times two” with problems around trains from Bombardier Inc.

Andy Byford briefly halted new train car deliveries until more of the existing cars are fixed, citing software issues and past problems with springs between the cars and doors that were “weeping oil.” The state’s Metropolitan Transportation Authority confirmed Tuesday that deliveries have started back up after

“It’s gruelling. You have to stay on their case, you have to hold their hands, you have to cajole them,” Byford said at a Metropolitan Transportation Authority committee meeting Tuesday.

“I’ve been around this cycle now twice with Bombardier, twice in Toronto,” he said, recalling the production delays and defects that plagued streetcar orders during his five years at the helm of Canada’s largest municipal transit authority.

New York City Transit was expecting 13 of the cars, which cost about $2-million apiece, back from repairs this week following software issues.

“Eventually, they get the build quality right and suddenly they start to come off the production line like a well-oiled machine,” he said, adding that “you end up with a very good product.”

Bombardier said it has delivered 160 out of about 300 cars so far, with some still in testing.

“We understand the frustration and we own the issue,” spokesman Eric Prudhomme said in an email Thursday evening.

“It’s not unusual in the industry to have some issues, particularly in the early stages of passenger service.”

Prudhomme said he expects the technical problems with the R179 cars, which run on several lines in New York City, to be fixed “shortly,” with 50 employees “working around the clock” at Bombardier’s plant in Plattsburgh, N.Y.

None of the problems has jeopardized passenger safety, the company has said.

New York City Transit has representatives on site monitoring the progress, on top of bi-weekly meetings to discuss vehicles that were delivered but not fit for service, Byford said.

“Short of actually building the damn things, we’re doing everything else that we possibly can do,” he said.

Earlier this month, Swiss Federal Railways opted to stop taking new trains from the Montreal-based company until it fixes the ones already in service.

Bombardier is also facing a Feb. 1 deadline for delivery of the first six of 76 vehicles for Toronto’s Crosstown Eglinton light rail line, with one car already at a Metrolinx site in Toronto.