According to researchers with the Pacific Institute for Climate Solutions (PICS), adding the element tellurium (Te) – an industrial by-product of copper and lead-zinc smelting – to the chemical make up of lithium-sulphur batteries could open the door to solid state EV batteries with doubled the energy capacity of lithium ion.

To investigate the feasibility of this battery design, PICS has established a three-year, CAD$180,000 project (Boosted Li-S Batteries for Zero-Emission Vehicles), led by institute partner, the University of British Columbia. 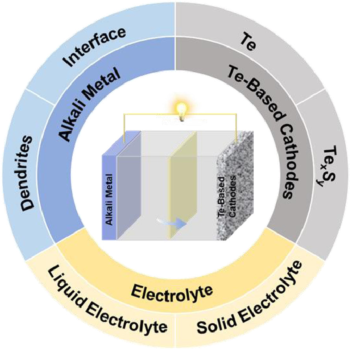 While limitations exist, including tellurium’s tendency to expand and contract, Liu believes that problem can be overcome by creating a stable compound within the battery.

“People have been looking into sulphur batteries for many years, but it is challenging to commercialize because sulphur doesn’t transport electrons at all,” he says. “We are looking for a way to balance electronic conductivity with energy density as a way to make lithium-sulphur batteries viable.”