Montreal-based “self-serve” automation firm looks to accelerate in 2023 with release of new features in its Manufacturing Automation Platform. 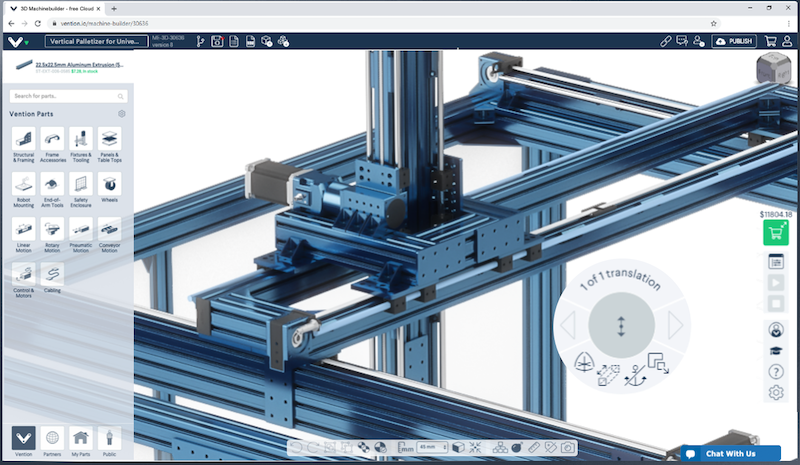 Montreal Automation company, Vention, announced the company experienced stellar performance in 2022 and looks to keep its foot on the gas with the release of new features for 2023.

According to the company, demand for its novel machine building concept drove a record 2x booking growth for the company last year. In addition, its active customer base grew by more than 900 companies and its automation partner revenue grew by 2.9x. Last year’s record results followed revenue growth of 964% from 2018 to 2021.

“Vention’s mission to democratize industrial automation has never been more relevant,” said Etienne Lacroix, CEO and Co-Founder. “With labor shortage, salary inflation and reshoring of production, manufacturers are looking for new, innovative solutions to automate their factory floor. Over the past years, Vention has helped more than 3,000 manufacturers automate their shop floor.”

In addition, the company announced new software and hardware to its platform in the latter half of 2022. Its MachineLogic, for example, offers a code-free programming environment that includes features such as robot-path visualization, simultaneous motion, multi-controller programming and lambda functions. To assist deployment, the company’s new MachineCloud software provide step-by-step guidance via the digital twin data of the machine already present on Manufacturing Automation Platform.