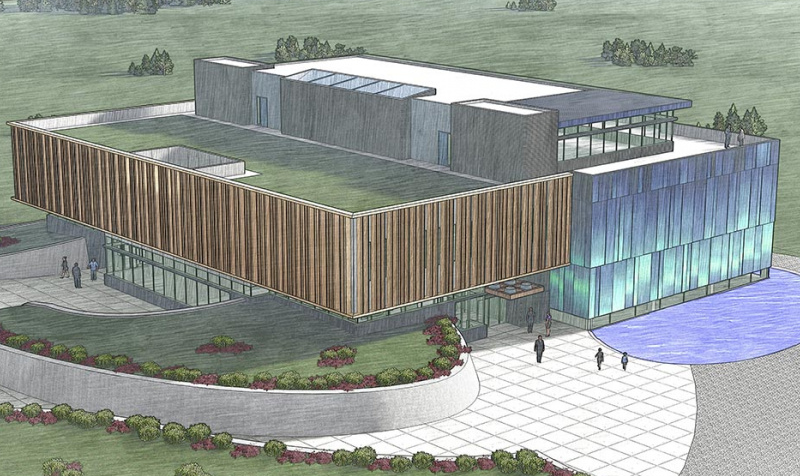 HALIFAX – The company planning to build Canada’s first spaceport in northeastern Nova Scotia says the war in Ukraine has not affected its plans to source rockets from the embattled European country.

Daily planning work continues with the makers of the Cyclone-4M rocket, who are based in Dnipro, Ukraine, Steve Matier, CEO of Maritime Launch Services, said in an interview Tuesday.

“As it stands today, there is no effect to us,” Matier said.

He said his company still hopes to conduct its first launch sometime in 2023, once it gets final construction and environmental approval from the province for its proposed facilities near Canso, N.S.

“That doesn’t mean that something couldn’t happen that could delay things for sure,” Matier said. “We’ll have to get through this (war) and assess where there may be impacts that we will have to accommodate.”

He said the initial launches would likely use small-range rockets to take payloads into lower Earth orbit, adding that the Cyclone rocket would be used for higher-orbit operations. Maritime Launch Services, he added, would have time to find another supplier if Russia’s invasion of Ukraine causes a major disruption to the Cyclone manufacturers.

“We have letters of intent and other agreements with other vehicle developers that do have medium-class vehicles in their development plan.”

Prior to the war, the Cyclone launch vehicle was being developed by Yuzhnoye SDO and manufacturer Yuzhmash. The rocket is to have a lift capacity of five tonnes with a payload bay four metres in diameter, capable of carrying dozens of satellites at a time.

Matier said he’s been told the manufacturer’s facilities are intact and that operations are “moving forward.” He said that to date, the rocket’s upper stage has been completed, tested and is ready for production, along with the vehicle’s engine.

The listing comes after Maritime Launch Services announced nearly a year ago it had secured $10.5 million from Toronto investment bank PowerOne Capital Markets. Since then, firms have been chosen to design and construct the launch pad, including Stantec, Strum Consulting, Nova Construction and St. Francis Xavier University.

Last March, Nova Scotia’s Environment Department gave the company an 18-month extension to begin the project’s construction. The department said it expected all conditions of its environmental assessment approval to be completed no later than Dec. 3 of this year.

Last November, the company also announced its first payload clients and preliminary designs for a launch control centre and a visitor educational centre.

Matier said the geotechnical work required by the province is expected to get underway at the proposed launch site within the next two weeks and it’s hoped final approval for the construction plans will be issued in the next 30 to 45 days.

If operations can get underway later next year, there will be opportunities for further business, Matier said.

“Interestingly, the need for medium-class launch as a result of the geopolitics in Ukraine and Russia has gone up because now Soyuz is offline,” he said about the Russian spacecraft used to carry people to the International Space Station. He said the Russians conducted 21 launches last year with Soyuz and 22 the year before.

“There is a complete change and an additional gap in the medium-class launch industry, which is our target.”
www.maritimelaunch.com