Wind energy in review and 2019 forecast for Canada

Six wind energy projects were powered up in 2018 adding 566 MW of installed capacity, a growth continuation 20 per cent per year since 2008. 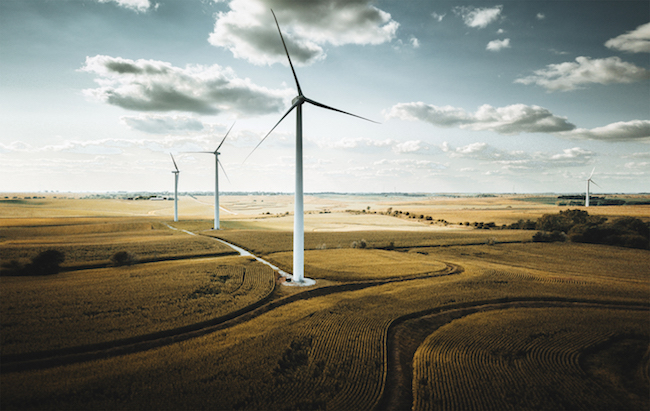 In 2018 Canada further extended the reach and installation capacity of its wind energy, while solidifying its status as the lowest-cost source of new electricity generation.

“Each year, the wind energy industry provides more clean and low-cost electricity to Canadians and increases its contributions to a modern and reliable electricity grid. Wind is a success story across the country – helping meet electricity demand in a way that is consistent with Canada’s climate ambitions and that benefits landowners, rural and Indigenous communities, and the economy,” said Robert Hornung, president of the Canadian Wind Energy Association.

Six wind energy projects were powered up in 2018 adding 566 MW of installed capacity – a growth continuation that contributed to an average annual growth rate of 20 per cent per year since 2008. Two new projects are located in each of New Brunswick, Quebec and Ontario, and two of the six have both community and First Nations ownership stakes. Quebec accounts for about two-thirds of newly installed capacity in 2018.

Both Saskatchewan and Alberta contracted for significant additional new wind energy capacity in 2018 at an average bid price of $42 and $39 per megawatt-hour, respectively, which is comparable to the record low average bid price of $37 recorded in Alberta in late 2017. Wind energy figures prominently in these provinces’ progressive strategies to increase renewable generation. Downward wind energy price trends were confirmed by a 2018 U.S. analysis (Lazard 12.0) which found a further seven per cent year-over-year decline, and a 69 per cent decline since 2009.

Total installed wind energy capacity in Canada is now 12,816 MW, enough to meet the needs of approximately 3.3 million homes. Wind energy production meets approximately 6 per cent of Canada’s electricity demand – and more than that in jurisdictions such as P.E.I. (28 per cent), Nova Scotia (12 per cent), Ontario (8 per cent), Alberta (7 per cent), and New Brunswick (7 per cent).

Economic analysis of Ontario in October—updated to reflect the current procurement outlook—confirmed the scope of economic benefits associated with the wind energy already installed or that remains under development in that province. In 2006-2030, $12.5 billion in wind energy investment is expected to add $6.2 billion to provincial GDP.

In its most recent business-as-usual energy supply and demand projection, the National Energy Board indicates wind energy is forecast to add approximately 510 MW of capacity annually going forward, accounting for 27 per cent of the new electricity generation Canada will need between 2017 and 2040. The industry has a clear ability to outperform this outlook, however, given annual capacity increases of closer to 1,000 MW on average over the last decade, and wind energy’s low cost and non-greenhouse gas emitting attributes.

For 2019, CanWEA expects to see approximately 1,000 MW of new wind energy projects commissioned, including the projects contracted under Alberta’s first renewable energy procurement and projects currently under construction in Ontario, as well as the Western Lily wind farm that came online in southeast Saskatchewan this month. National installed capacity has doubled since 2012.