Automakers hedge their bets on fuel cell technology, despite challenges

Fuel cell cars can be refuelled as quickly as gasoline-powered cars, but there are few fuelling stations currently available.

by Dee-Ann Durbin, THE ASSOCIATED PRESS

DETROIT — Hydrogen fuel cell cars could one day challenge electric cars in the race for pollution-free roads — but only if more stations are built to fuel them. 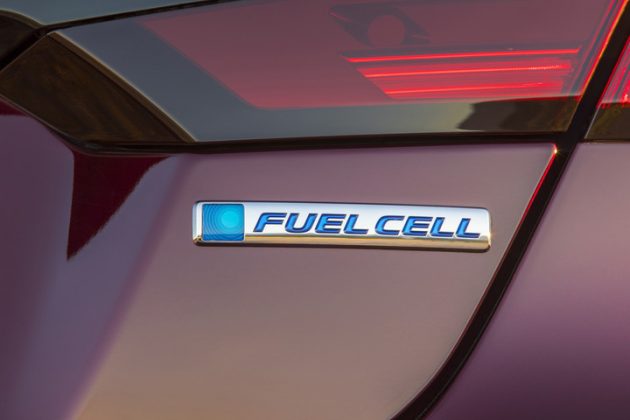 Honda, Toyota and Hyundai have leased a few hundred fuel cell vehicles over the past three years, and expect to lease well over 1,000 this year. But for now, those leases are limited to California, which is home to most of the 34 public hydrogen fueling stations in the U.S.

Undaunted, automakers are investing heavily in the technology. General Motors recently supplied the U.S. Army with a fuel cell pickup, and GM and Honda are collaborating on a fuel cell system due out by 2020. Hyundai will introduce a longer-range fuel cell SUV next year.

Like pure electric cars, fuel cell cars run quietly and emission-free. But they have some big advantages. Fuel cell cars can be refuelled as quickly as gasoline-powered cars. By contrast, it takes nine hours to fully recharge an all-electric Chevrolet Bolt using a 240-volt home charger. Fuel cells cars can also travel further between fill-ups.

But getting those fill-ups presents the biggest obstacle. Fueling stations cost up to $2 million to build, so companies have been reluctant to build them unless more fuel cell cars are on the road. But automakers don’t want to build cars that consumers can’t fuel.

The U.S. Department of Energy lists just 34 public hydrogen fueling stations in the country; all but three are in California. By comparison, the U.S. has 15,703 public electric charging stations, which can be installed for a fraction of the cost of hydrogen stations. There are also millions of garages where owners can plug their cars in overnight.

That’s why automakers will keep hedging their bets and offer electric vehicles alongside hydrogen ones.

Honda began leasing the 2017 Clarity fuel cell sedan earlier this year; about 100 are already on the road. At this week’s New York Auto Show, the company also introduced electric and plug-in hybrid versions of the Clarity.

The plug-in hybrid can go 42 miles in electric mode before a small gas engine kicks in, Honda says. The all-electric Clarity can go 111 miles on a charge. Both will go on sale later this year.

“We think going forward the powertrain market is going to be very diverse,” said Steve Center, vice-president of the environmental business development office at American Honda.

Hyundai’s Genesis luxury brand also blended technology with its GV80 SUV prototype, which was revealed in New York. The GV80 is a plug-in fuel cell vehicle, which means it would get power from stored electricity as well as hydrogen. It’s not clear when — or if — the GV80 will go on sale.

Fuel cell cars create electricity to power the battery and motor by mixing hydrogen and oxygen in the specially treated plates that combine to form the fuel cell stack.

The technology isn’t new. GM introduced the first fuel cell vehicle, the Electrovan, in 1966. It only seated two; the back of the van housed large steel tanks of hydrogen and oxygen. It went about 150 miles between refuelings, and its hydrogen tank exploded on at least one occasion.

Advances in hydrogen storage, fuel cell stacks and batteries have allowed engineers to significantly shrink those components to fit neatly inside a sedan. Oxygen is now collected from the air through the grille, and hydrogen is stored in aluminum-lined, fuel tanks that automatically seal in an accident to prevent leaks. Reducing the amount of platinum used in the stack has made fuel cell cars less expensive.

Honda’s new Clarity can go 366 miles between fuelings, the longest range in the industry.

The Clarity leases for $369 per month for 36 months. That’s more than the $354 monthly lease payment for the Chevrolet Bolt electric. But Honda, Toyota and Hyundai are all throwing in free hydrogen refuelling. It costs between $13 and $16 per kilogram for hydrogen, or up to $80 to fill the Clarity’s 5-kilogram capacity, according to the U.S. Energy Department.

Even with that perk, analysts think sales of fuel cell vehicles will be limited until more fueling stations are built. But carmakers will still invest in fuel cells. GM’s Freese says there are many applications beyond cars, including unmanned, deep-sea vehicles or backup home power systems.

“One of the reasons global car companies do something like this is they want to have a finger in the pie. Should we suddenly have to shift over, they want to be able to do it,” said Jack Nerad, an executive market analyst with Kelley Blue Book.

The number of fueling stations could also grow quickly if automakers partner with governments and energy companies, as they have done in California. Earlier this year, 13 companies — including Shell and BMW — formed a council to accelerate the adoption of hydrogen as a transportation fuel.

Heather McLaughlin of San Ramon, California, was one of the first customers to lease a 2017 Clarity. She says she prefers a fuel cell car over an electric because she can refuel it in minutes. And one fill-up a week more than covers her 50-mile daily commute to Benicia, where she serves as the city attorney.

She recently drove the Clarity to Southern California and found plenty of stations along her route.

“I like the innovation,” said McLaughlin. “It helps if we can have more of these on the road.”