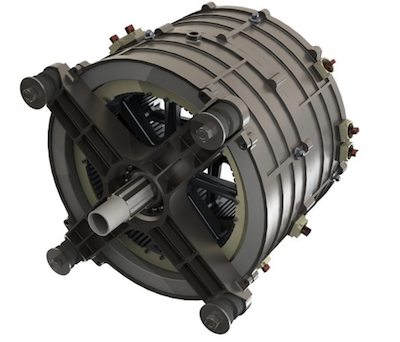 VANCOUVER – A seaplane company in British Columbia says it is partnering with an electric propulsion firm with the goal of becoming the world’s first all-electric airline.

Harbour Air operates 30,000 flights each year on 12 routes between Seattle, Vancouver, Victoria and other destinations in those areas.

It announced a partnership Tuesday with MagniX, a firm based in Washington state, to modify its commercial fleet using the company’s Magni500, a 750 horsepower electric motor.

“Today marks the start of a true revolution in aviation that hasn’t happened since 1939 when the jet engine was introduced. We’re really in the new age of aviation where we’re starting an electrification of industry,” MagniX CEO Roei Ganzarski said in an interview.

The company developed a prototype engine about 18 months ago and has tested it on the ground with propellers but not yet in an aircraft, he said.

The first aircraft to be converted will be a DHC-2 de Havilland Beaver, a six passenger plane, and the companies expect to conduct the first test flight late this year.

The technology will need approval from Transport Canada and the Federal Aviation Administration in the United States, so the companies said their electric planes won’t take off until 2022 at the earliest.

“We expect the next two years to be going through those multiple gates and proving rounds with the regulatory authorities to ensure that when this does become commercially viable and certified, that it is as safe and reliable, if not more so, than the aircraft flying today,” he said.

No one from Transport Canada was immediately available for comment.

Technology hasn’t advanced enough to make electric planes a possibility for long-haul flights because the batteries required would be too heavy, so that’s what makes Harbour Air an appropriate partner, Ganzarski said.

“Most of their flights are within a 100-mile range, which means that for them, today’s battery is definitely enough for practical flying,” he said.

On the whole, operating costs are 70 to 80 per cent lower than “gas guzzling” airplanes, he said, based primarily on fuel costs but also less maintenance because there are fewer moving parts involved.

But customers may see a delay in accessing those savings. Greg McDougall, founder and CEO of Harbour Air, said adding the battery to the plane will reduce the capacity for passengers, but the company believes with battery innovation, costs will go down in the longer term.

McDougall also said he’s optimistic that consumers will be comfortable with the idea of electric airplanes by the time the project takes off in three years, given advances in electric and automated cars.

Certification will require the plans to be at least as safe, if not safer, than the existing fleet, he said.

“Electric motors are extremely reliable. They don’t have the same number of moving parts as a turbine or piston engine and they have much better durability,” he said.