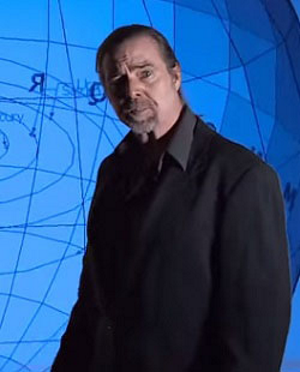 It has taken 20 years, but a group of Canadians is ecstatic about achieving new heights in ballistics. Andre Milne of Unicorn Aerospace, and his colleagues say they have designed, crafted and tested new 9mm handgun bullet that, according to test data, surpasses anything currently on the market, in terms of velocity, punch, accuracy and distance.

A recent live test in rural Simcoe County revealed some impressive results. While still in the final testing stages, the new and improved bullet – named P-51 – hit 2,350 FPS in recorded tests. This far exceeded the 1,454 FPS recorded from the standard U.S. Navy round. And it outperformed the civilian 9mm, which reached 1,339 FPS.

In addition, the bullet travelled true and a had very small, two-inch drop in elevation at 100 metres. The Navy round dropped roughly 10 inches, while the civilian round fell almost 20 inches. Even seasoned firearms experts say they’ve never heard of a 9mm hitting speeds like that.

What makes the Unicorn Aerospace P-51 ballistic munition significant is that this extreme jump into higher velocities, intertwined with a near zero drop in kinetic energy during airborne travel over long distances, transforms this munition into an actual “aircraft platform”.

In other words, it’s able to achieve a measure of self sustainable lift until impact to the target. This breakthrough qualifies the P-51, named after the WWII fighter plane, as now being a 4th generation ballistic munition. According to the team, the key for their P-51 is in the innovative design of the slug itself, details of which are classified.

Milne explained that the initial core aerospace design for the P-51 came to mind over 40 years ago when he was studying airfoil designs in a wind tunnel at Central Tech. Then, some 20 years ago, Milne applied his aerospace engineering schooling to military technology development. The bullet’s design was born and it really came to fruition over the past couple of years, thanks to the high-caliber design team that came together for this project.

In total, he says there were at least 36 world class experts who have had a hand bringing the P-51 to life, including black ops snipers, CGI animators, 3-D modellers, 5 Axis CNC machinists and of course International patent lawyers.

“We need to continue more than ever to ensure that NORAD and NATO and all of our strategic partners have the best and most effective offensive and defensive firepower they will all need to prevail over what is fast becoming an unprecedented amount of adversarial warfare technology,” he said.

Currently, Unicorn Aerospace says it is in talks with the Ministry of Defence in the United Kingdom to conduct extreme long range ballistic testing at an artillery range in northern Scotland. After receiving support from various members of the Canadian Forces, the company was put in direct contact with the key testing and research individual at NDHQ in Ottawa just over two months ago.
http://unicornaerospace.com/