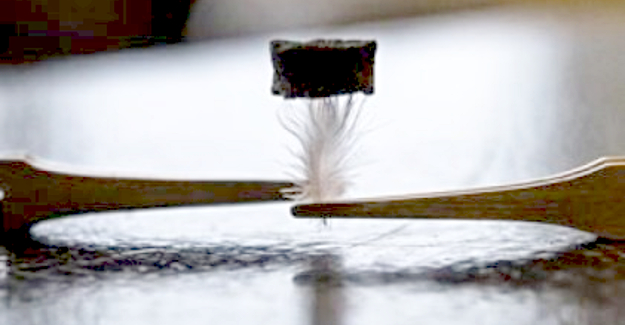 Leave it to Canadian engineers to figure out a way to turn trees into just about anything, including an electricity storage material. More specifically, it’s the cellulose in plants, bacteria and algae that McMaster University researchers have shown holds promise as a superior supercapacitor, capable of powering everything from wearable electronics to electric vehicles.

“Ultimately the goal of this research is to find ways to power current and future technology with efficiency and in a sustainable way,” said McMaster assistant chemical engineering professor Emily Cranston, whose joint research – with materials science and engineering professor Igor Zhitomirsky – was recently published in Advanced Materials. “This means anticipating future technology needs and relying on materials that are more environmentally friendly and not based on depleting resources.”

Zhitomirsky and Cranston’s research centers on using cellulose nano-crystals – which look like microscopic grains of rice – fused together to form a three-dimensional mesh or aerogel. This foam is then used as a substrate to contain conductive polypyrrole nanofibers, polypyrrole-coated carbon nanotubes and manganese dioxide nanoparticles. The result, the researcher’s say, is an exceptionally light and flexible supercapacitor that exhibits “high capacitance retention, low internal resistance and fast charge/discharge rates.”

However, although they enjoy high power density (rate of energy transfer per volume), supercapacitors have traditionally suffered from low energy density (i.e. amount of energy stored per unit weight). The potential of the McMaster researchers’ supercapacitor material is that it will combine the strength, flexibility and sustainability of cellulose with the ultra lightweight of an aerogel. In addition, the McMaster researchers nanocellulose one-step fabrication process allows for a high density of conductive material to be incorporated into the substrate while maintaining its shape-recovery and other mechanical properties.

Since supercapacitors store relatively large amounts of energy for a very short time, they aren’t seen as a replacement for batteries but as a complementary technology. In hybrid or electric vehicles, for example, supercapacitors could be used to store regenerative breaking energy and release it during acceleration, thereby reducing the burden on, and therefore extending the range of, the EV’s battery.
www.eng.mcmaster.ca