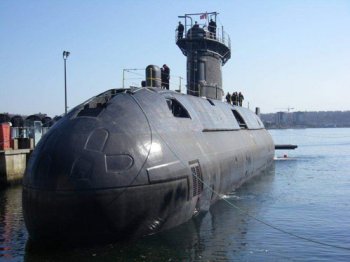 OTTAWA – The Royal Canadian Navy is launching its long-anticipated push to replace Canada’s beleaguered submarine fleet, setting the stage for what will almost certainly be an extremely controversial debate around the need for such vessels.

Defence officials revealed to The Canadian Press this month that a dedicated team is being created to start figuring out what Canada needs in new submarines as the sunset on the military’s existing fleet draws steadily closer.

The move responds to a growing sense of urgency within defence and industry circles about the need to start work on such a project given the age of Canada’s existing submarines and the amount of time needed to design and build such vessels.

“In order to enable timely decision-making at some future point regarding a replacement class of submarines and the avoidance of a gap in submarine capability, the CAF required a replacement project to be initiated this year.”

Yet the decision to move ahead also kick-starts what is expected to be a tough conversation for the navy around the need for new submarines given the high cost of building and operating such vessels, and the many problems that have afflicted its current fleet.

Questions about the costs and benefits of submarines have circulated since Canada bought four second-hand vessels from Britain in 1998. The government at that time argued it was getting a bargain by paying only $750 million for the four Victoria-class vessels.

Yet the vessels have since spent more time in dock for repairs and maintenance than at sea, with Ottawa sinking billions of dollars into the fleet over the past 20-plus years to address a series of problems and incidents including fires and faulty welding.

The most recent incident saw HMCS Corner Brook suffer what may have been permanent damage last year after an errant test damaged the submarine’s main ballast tank. Corner Brook previously ran aground in 2011, while a fire broke out on board in 2019.

The Defence Department has also pegged the cost of maintaining and operating the Victoria-class submarines at around $300 million per year.

A new fleet of submarines may address many of those problems, but Australia’s recent experience suggests building a new fleet won’t be smooth sailing – or cheap.

The Australian government, which has been working for more than a decade to buy 12 French-designed submarines, revealed last year that the diesel-electric vessels will cost more than $80 billion – or more than $6 billion each.

The new cost was nearly double Canberra’s original estimate, and more than the $60 billion Canada plans to pay for a whole new fleet of 15 state-of-the-art frigates to replace its fleet of Halifax-class warships over the next two decades.

Australian officials are now struggling with what to do with the project in the face of severe public and expert criticism.

Yet the defence policy did not set any money aside for replacements.

The navy continues to argue that submarines are critical for defending Canada, particularly as rivals such as Russia and China become more aggressive and this country’s Arctic waters become more accessible due to climate change.

“Canada’s submarine force provides a key strategic asset with formidable surveillance and intelligence gathering capabilities, as well as the ability to control or deny access to a substantial ocean or littoral area,” Holder said.

“Submarines are a key element of a balanced fleet that enables the Royal Canadian Navy to project power responsively and effectively far from Canada’s shores, with the inherent flexibility and staying power required to succeed across a broad mission set.”

Holder was nonetheless quick to add that the decision to start work on a possible replacement “does not commit the government to any specific course of action, but instead preserves the time to make an informed decision when required.”

Defence analyst David Perry of the Canadian Global Affairs Institute says there is a strong argument to be made on the need for Canada to have submarines given Russia and China have both ramped up their respective underwater capabilities in recent years.

But he suggests there is nervousness in the navy as new subs will cost a great deal at a time when the government will be looking to set aside billions to upgrade North America’s defensive network and other procurement projects are running over budget.

“I’d be nervous,” he said. “We’re talking about making a pretty significant financial investment. And across defence, there’s a whole bunch of budget pressures that have emerged on all kinds of projects.”
http://www.navy-marine.forces.gc.ca