Editorial Viewpoint: The Queen of Hurricanes

In celebration of International Women’s Day, PM Justin Trudeau announced in March that a new bank note featuring an iconic Canadian woman will be issued in late 2018. A first for Canadian currency, the initiative drew 461 historic female figures for review by the advisory committee. By the end of April, that number was pared down to 12.

Among those notable women, all of whom are deserving, one stands out to my mind: Elizabeth MacGill aka the Queen of Hurricanes. Besides having a nickname befitting a Game of Thrones character, MacGill is the only engineer on the list and one who broke new ground, not only for the female engineers who followed but also the profession to which she dedicated most of her life.

Born in Vancouver in 1905, MacGill’s life reads like a near constant succession of firsts. In 1929, she graduated from the University of Toronto and became the first woman in Canada to earn an electrical engineering degree. After graduation, she worked at the Austin Automobile Company in Michigan where she became fascinated by aeronautics when the company started producing aircraft. That passion led to a Master’s degree in aeronautics from the University of Michigan and a position as an assistant aeronautical engineer at Fairchild Aircraft Limited in Longueuil, Québec where she helped design the first all-metal aircraft built in Canada. 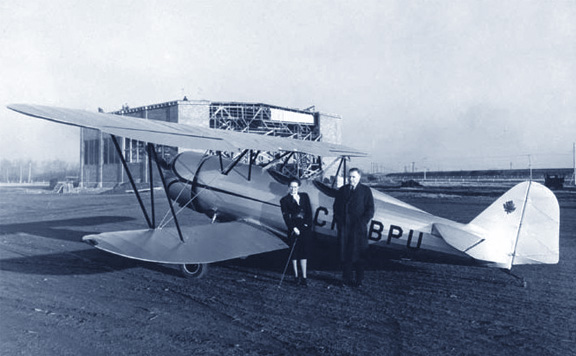 Four years later, she was hired as chief aeronautical engineer at the Canadian Car and Foundry Company, where she designed the Maple Leaf II Trainer, officially making MacGill the world’s first woman aircraft designer. However, her fame grew to its pinnacle during World War II when she oversaw all engineering and production work on the Hawker Hurricane. Under her leadership, the company produced nearly 1,500 of the fighter planes that would prove pivotal in the Battle of Britain and thereby earned her nickname. The consummate professional, she even insisted on riding along during test flights of every aircraft she designed to get a hands-on feel.

It’s impossible to encapsulate all of MacGill’s accomplishments in the limited space here but her pioneering spirit remained until her death in 1980. In the latter half of her life, she started an aeronautical engineering consulting firm in Toronto; became the first woman corporate member of the Engineering Institute of Canada; and was the first female technical advisor appointed to the United Nations’ International Civil Aviation Organization, to name only a few. A lifelong proponent of women’s rights, she also served as president of the Canadian Federation of Business and Professional Women’s Clubs as well as a commissioner on the Royal Commission on the Status of Women.

For her professional achievement, pioneering spirit and rights activism, Dr. MacGill is, in my opinion, a shoe-in for the overdue honor. The only question now is which Canadian bill she should appear on. You could make a case for the $5 or $10 but the ubiquitous $20, which currently displays Queen Elizabeth, is the clear choice. My apologies to any royalists out there, but it’s time our currency replaces the British Queen with a truly Canadian one, the Queen of the Hurricanes.

I enjoy hearing from you so please contact me at MMcLeod@design-engineering.com and your letter could be published in an upcoming issue.