Canada’s fluid power leaders discuss growth sectors, career opportunities in the field and the Trump administration’s effect on the industry.

DE: According to National Fluid Power Association (NFPA) data, fluid power shipments and orders were down in 2016 compared to the year prior. Did you see the same trend? How is 2017 shaping up so far? 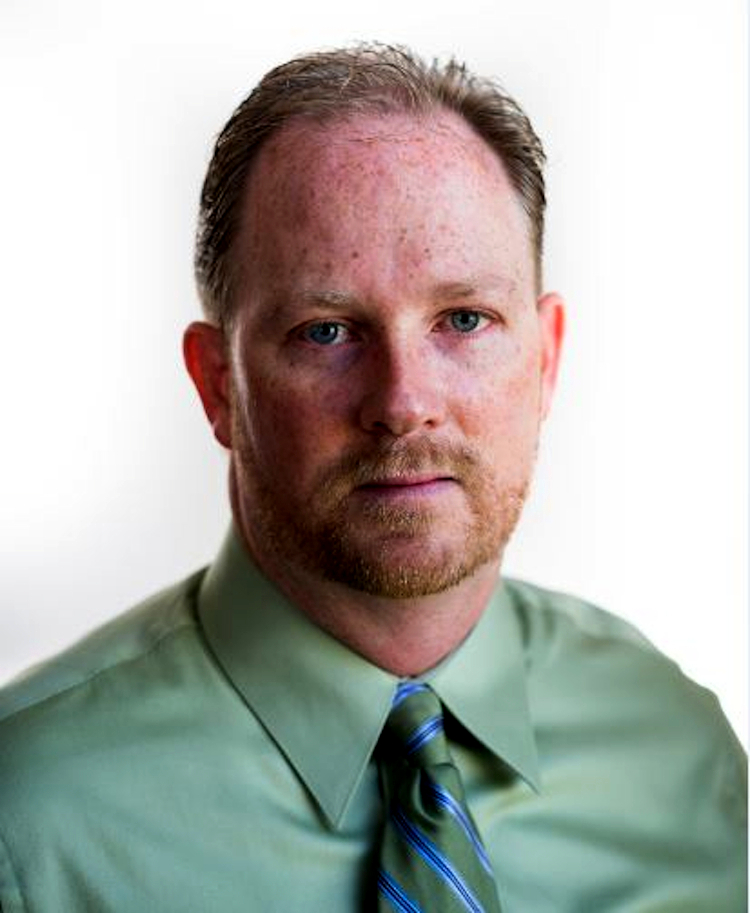 John Lamb, National Segment Manager – ASCO, Emerson: I’d say that we’ve seen a similar trend in Canada. In the last quarter of 2016, with the U.S. election being so close, no decisions were being made until that concluded. Once the decision was made, I think business went back into gear. In 2017, we’ve seen an uptick across the board. In general, I’d say commodities are doing better so even mining is coming back.

Frank Pirri, Product Manager – Flodraulic Group: For us, 2016 was a good year. We can attribute much of that to our focus in system integration. To date, 2017 has been a continuation of 2016 and, if things continue the way they have been, it looks promising. We have a lot of projects on the go. About this time last year, Flodraulic expanded Westward with new offices in Saskatoon, Calgary and Kamloops and expanded an existing office in Edmonton. Flodraulic also has a location in Windsor, Ontario that focuses on industrial fluid power. We are a very diverse group, which helps us through almost any downturn in any specific market segment.

Rob Chin, Sales Manager – MP Filtri (Canada): I would agree that, in 2016, orders were generally down for many customers. A lot had a tough year, although there were a few in unique situations that were going strong. So in 2016, we did show an increase, but not due to the market. Instead, it was due to diversification of our product lines and expanding our customer base. In addition to MP Filtri, we expanded our product line to include Anfield pressure switches, pumps, motors, valves, hydraulic flanges, etc. That move opened a wider customer base to us. For 2017, we’re cautiously optimistic, as this year has started off stronger than 2016. 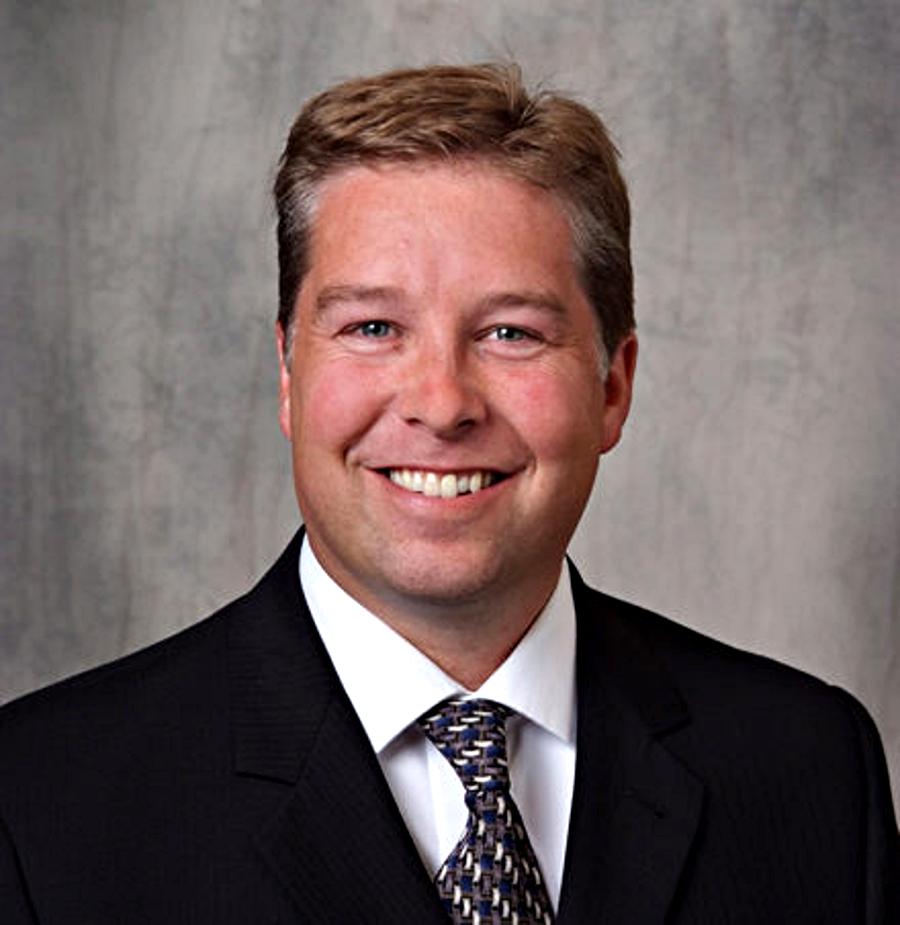 Kyle Dixon, Business Unit Manager – Parker Canada Division: We saw a similar trend across a variety of markets in Canada. Overall, it was a slower year in general, but we did see quite an impact on our traditional resource markets. Oil and gas and mining were particularly challenging, until recently. In 2017, we’re beginning to see a positive turn-around in the resource sectors. The automotive and general industrial markets in central Canada are other sectors where we continue to see strength and have since the latter part of 2016.

DE: Which industries or segments of the market are growth areas for your company?

Lamb – ASCO, Emerson: Food and beverage is certainly doing well across Canada. It has been very consistent, with a recent trend in packaging that either accommodates new branding initiatives or is more environmentally friendly. That affects our customers in terms of new machines or upgrading existing machines to produce that packaging. Automotive is also performing well. Tier 1 is leading the way there along with the assembly plants. I know there have been a few new auto projects in the U.S. that Canadian Tier 1 sub-assembly companies build product for. In turn, the fluid power companies that work with the Tier 1 level in Canada benefit from those contracts.

Pirri – Flodraulic: As we all know, the oil and gas market has been hurt by the low price of a barrel of oil, although we have noticed an uptick over the last couple of months, possibly fuelled by the new Trump administrations directives. In mining, we have seen an increase in projects since last fall, right after MINExpo to be particular, and we hope that this trend will continue. Along with those two, we currently see opportunities for growth in almost all segments, and we continue to be optimistic, mostly due to the new opportunities generated by our diverse and talented team.

Chin – MP Filtri: We’ve always been in the mobile market but one area we’ve definitely expanded into is agricultural. Also, now that the bar has been reset for the oil and gas market, we’ve seen some growth based on the new low. It seems like a bit of rough road lately but, when you talk to people in that industry, they seem confident. In addition, now that the fluid power market is becoming more electronic and computer controlled, we’ve ramped up the side of our business that engineers and manufactures pressure switches and temperature transducers. In fact, we’re one of the only companies manufacturing pressure switches and transducers in Canada.

Dixon – Parker: The traditional resource markets are obviously very big for us and, as those get stronger, we’re looking to grow more in those areas. There’s a little bit of confidence coming back into the exploration side of things so they are starting to tool up. Transportation, automotive and agriculture will also continue to be a focus for Parker.

DE: Has the Trump administration’s trade policy intentions had any affect on your customers’ plans or purchasing behavior?

Lamb – ASCO, Emerson: I haven’t encountered any overly negative or positive decisions being made because of the Trump administration, with the exception of the uncertainty in the relationship between the U.S. and Mexico. Since that’s strained, the conjecture is that it might benefit the Canadian automotive industry. Also, now that some of the pipeline projects are being green lit, it could breath some life into oil and gas but that will take a while to kick in.

One thing about Trump is that he’s perceived as business friendly, and the stock market’s rise after his election reflected that. In turn, I think it has had a net effect on Canadian fluid power companies, since the U.S. is our major trading partner and we, as an industry, are supporting our customers that are exporting into the US market.

Pirri – Flodraulic: To date, we haven’t heard that concern. Most seem to be comfortable given the potential in the infrastructure market. During the run up to the presidency, President Trump did talk about infrastructure projects that have been frustrated for many years. But now that there is a Republican President and a Republican Congress and Senate, there is hope those projects can be pushed through which would be a boon for anybody providing equipment for that industry. In Canada, we deal primarily with medium-sized OEMs who do a lot of exporting into the U.S. As witnessed when Prime Minister Trudeau visited Washington, President Trump seems to be looking at Canada as a favourable trading partner, easing many’s fears.

Chin – MP Filtri: Talking to most Canadian customers, I don’t think we feel quite as threatened yet. Trump is pointing the finger mainly at Mexico and China. The reality is that Canada has, at times, imported more from the U.S. than we export. However, with his recent approval of the Keystone pipeline, it could shift the balance but that’s many years away yet. One of our strengths is that MP Filtri manufactures product in Canada and we have operations in the U.S. so we are bit less vulnerable.

Dixon – Parker: There has been a lot of speculation about what might happen, but we haven’t seen any of our customers impacted or reacting due to that speculation. Bigger companies like Ford and GM, who were going to Mexico, seem to have felt some pressure, so they have made some changes which led to speculation as to how that might affect Canada. But, due to the long relationship the U.S. and Canada have had, and the fact that we are each other’s biggest trading partners, they’ve probably got other issues to focus on first. If at all, Canadian/U.S. trade policy will be something that gets addressed some time down the road.

DE: What would you say to a high school or engineering student about the Canadian fluid power industry as a career choice?

Lamb – ASCO, Emerson: Foremost, fluid power is a very stable, core technology. As such, it has been around for a long time and has become part of the landscape of most industries. That includes automotive, aerospace, oil and gas, food and beverage, mining. Nearly everywhere you look, fluid power is core to those and other industries. At the same time, it’s also a dynamic and high technology field, especially in manufacturing where it’s tied in with the automation and Industry 4.0. If students are looking to be in a technology field, fluid power companies are at the leading edge of that.

Pirri – Flodraulic: The Fluid Power industry has always been and will continue to be a good career choice. With today’s continued integration of electronic controls and sensors, it is becoming more high-tech than ever before. Added to that, there is a demand for fluid power professionals. Once a student graduates, there are many places they can look for employment, whether it’s with a fluid power component manufacturer, distributor, machine designer and or manufacturer, service company and at companies that use fluid power components and systems in their manufacturing process. Adding to all that, as the Fluid Power baby boomers are starting to rotate out of the industry, it will leave a void for new graduates to fill.

Chin – MP Filtri: I would say that you may see other sectors that are growing faster or have more flare, but fluid power is a solid career choice. We’ve had a shortage of fluid power personnel for many years in the hydraulic industry. Historically, there’s always been a high demand, and I don’t see that changing any time soon. So if someone wanted to specialize in fluid power, I don’t think they would be making a mistake. There’s also a willingness to bring in the younger crowd because we know we have to invest. Otherwise, there won’t be anyone down the road. I think we’d all welcome a young fluid power tech or engineer knocking on our door.

Dixon – Parker: I would strongly encourage students to look at the fluid power industry for potential career possibilities. There are many opportunities, whether that’s as a service technician through to customer service, accounting or business ownership as a distributor or small manufacturer. As a company, we’re spending a lot of time getting students familiar with the fluid power industry, and we need to continue do more to raise awareness and attract new entrants into our field of expertise.