Solidworks' CEO chats about his first year in the top spot and his vision for the company's future. 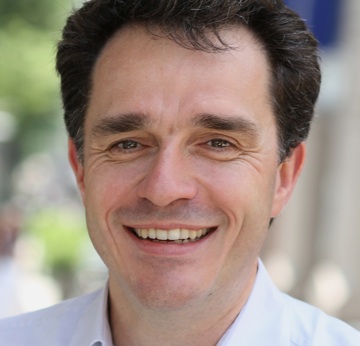 In August, Design Engineering had the opportunity to sit down with Bertrand Sicot, CEO of Solidworks, at the grand opening of Javelin Technologies’ new headquarters in Oakville, Ontario. During the interview, the young, affable executive spoke eloquently about his first year in the top spot and his vision for company’s future.

DE: Now that you’ve served your first year as CEO, what are you’re impressions?

Sicot: For the business, I would say that it is good to be back at a normal speed again. After 2009, 2010 and 2011 have been much better. The business side is very strong everywhere in the world. For the job, it is exciting because I’ve been with the company since day one. I joined Solidworks back in 1996 so I’ve seen the small Boston company grow into a large corporation with a large community of users. In my new job, it’s a mixture of managing the short-term, which is delivering what the company has to deliver, and also looking to the future and making sure we are well positioned for the next three to five years.

DE: What are the goals for the next three to five years?

Sicot: We have to start with the users; this is really what matters. There are a few trends you will see happening in the market. The first one, I believe, is mobility. I spoke with a group of end customers this morning and four of them were carrying computer tablets. Customers are asking us to provide solutions to help them get access to their engineering data wherever they are. The second trend, platform neutrality, is a consequence of the first. The solution has to be platform neutral where it is not a question of the device being iPhone or Android OS-based. Users don’t care if they are using technology A, B, C or D; they only care if they can access their data.

DE: Technically speaking, what is the future for Solidworks the software; will it become more tightly integrated with Dassault Systemes’?

Sicot: We have said that we are working on the next generation of Solidworks, which means that all options are on the table. Dassault Systemes is a large group with a lot of clever engineers and we are going to take the best technologies that are available from the group. At the same time, it is one thing to think about the future, but we need to deliver a solution that fulfills the user needs. That’s the critical part, because today we can have a lot of proof of concept prototypes but that isn’t the solution. The technologies are changing but we will put a full solution on the market when it is ready.

DE: Solidworks 2012 is nearing its launch. As an engineer yourself, what excites you about it?

Sicot: There is some great innovation in it. We have worked not only on the functionality but also the performance again and again because we know this is what customers are interested in. We have made some good progress on that.

For myself, there is one thing I feel is new. When you design a product, you end up making a series of decisions that lead to a solution. But at the end, you give the best solution you think you can, from an engineering standpoint, that isn’t the most expensive or the most difficult to manufacture or whatever.

So what we are trying to do is to give the engineering community tools so that they understand that, if they go this way or that way, they will know what the price impact will be on producing a part or assembly. At the end of the process, users will be able to compare the options, because today, designers are blind to the cost side of what they are doing.

This is somewhat similar to the sustainability tool that we have that lets engineers understand the carbon footprint or certification implications for that product. Like sustainability, this new tool pulls data from outside so users can compare but I think costing is very good one because the user community is much more sensitive to costing than sustainability so far, especially given the state of the world economy.

DE: Solidworks is regarded as the plucky entrepreneurial upstart whereas its parent, Dassault Systemes, is a large corporation. Do you foresee Solidworks’ culture changing over time?

Sicot: Today, we are a bigger group, a bigger company with more than a 1,000 people. So what was obvious 10 years ago, because we were smaller, can be a little bit hazy today because we are a larger group. We have to keep things simple. I hate complexity. I’m always looking at ways to keep things simple and that is a challenge for a company or organization that is growing. As to the company culture, it comes from the top, and that is why I’m here. I am and will be an accessible CEO and my executive team is accessible because it is all about people first. So the tone and the mind set of the company are not changing.

DE: Solidworks founder Jon Hirschtick spoke at a Javelin event a number of years ago and now you’ve come up for the company’s new headquarters opening. Besides the fact that it’s the leading Solidworks VAR in Canada, what makes Javelin Technologies special?

Sicot: John [Carlan] and Ted [Lee] started Javelin way back when in 1997. At that time, it was a risk to bet on Solidworks and start a company that depended on a small start-up from Boston delivering a promising solution called Solidworks. Together, we have had a lot of successful business but, 14years ago, they shared the same dream with us. They started in their garage, and when I joined Solidworks in Europe, I started in my bedroom. Look where we are today. We must be doing something right. The goal is to continue.
www.solidworks.com