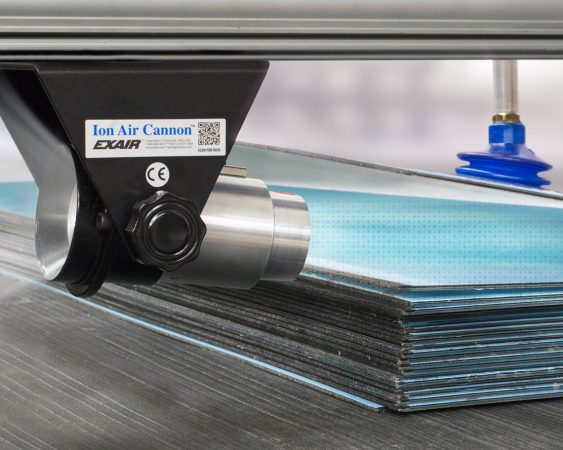 EXAIR unveiled its Ion Air Cannon, which eliminates static electricity and cleans at distances up to 15 feet, with no moving parts. The product meets the safety, health and environmental standards of the USA, European Union and Canada that are required to attain the CE and UL marks. It is also RoHS compliant. New design features include a metal armored high voltage cable to protect against abrasion and cuts, a replaceable emitter point, integrated ground connection and electromagnetic shielding. The Ion Air Cannon incorporates EXAIR’s patented Super Air Amplifier that minimizes compressed air use by inducing surrounding airflow at a ratio of 22:1. Its amplified airflow carries the ions to the target, making it possible for the Ion Air Cannon to eliminate static charges in less than a half second.