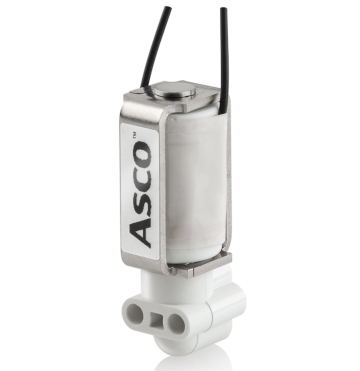 Emerson has expanded its ASCO Series 090 line of miniature solenoid valves to include a miniature three-way valve configuration. The Series 090 valve features a 10.8mm footprint and 50 million-cycle life. Like all Series 090 valves, the three-way valve is built to maximize gas flow, with a flow-to-size ratio that is well suited to portable medical device applications. The valve body is molded from polybutylene terephthalate (PBT) plastic, with seals made of fluorocarbon (FKM) elastomer. The Series 090 actuator combines high reliability with low power consumption, so battery life and device longevity are maximized. The Series 090 valve is also compliant with all relevant Restriction of Hazardous Substances (RoHS) and Conformité Européenne (CE) directives.
www.emerson.com