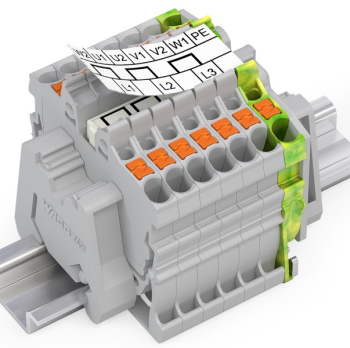 WAGO’s released its TOPJOB S Mini terminal block series, which is 60% smaller than the company’s standard terminal blocks. The Mini features the same push-in CAGE CLAMP connection technology as the TOPJOB S series Nominal but has a cross-section of 1 (1.5) mm2. It’s rated current is 13.5 (17.5) A and its rated voltage is 500V. The blocks are available with open tool slot or orange push buttons that can be actuated with any standard tool. The TOPJOB® S Mini terminal blocks are able to be mounted on a miniature rail, snap-in mounting foot for chassis mount or direct mount with fixing flange.
www.wago.com


Related Stories
The most commonly asked questions about SLIC Pins