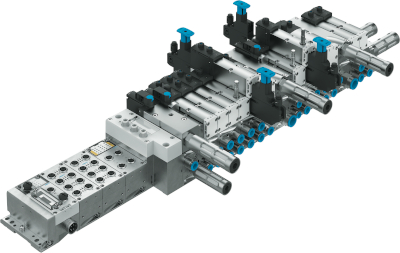 Festo has expanded its heavy duty VTSA series with the addition of the VTSA-F-CB, a valve terminal with serial communications added to the existing parallel communications. In addition, the terminal’s internal bus system allows users to actuate up to 96 valve addresses, instead of the usual 32, and in four zones, on just the one valve terminal and one fieldbus node. With the VTSA-F-CB, it is possible to freely mix 18mm and 26mm valves on the same manifold.